When I did my B.A. in economics, I never thought about extending $L(i)$ to negative y-axis. 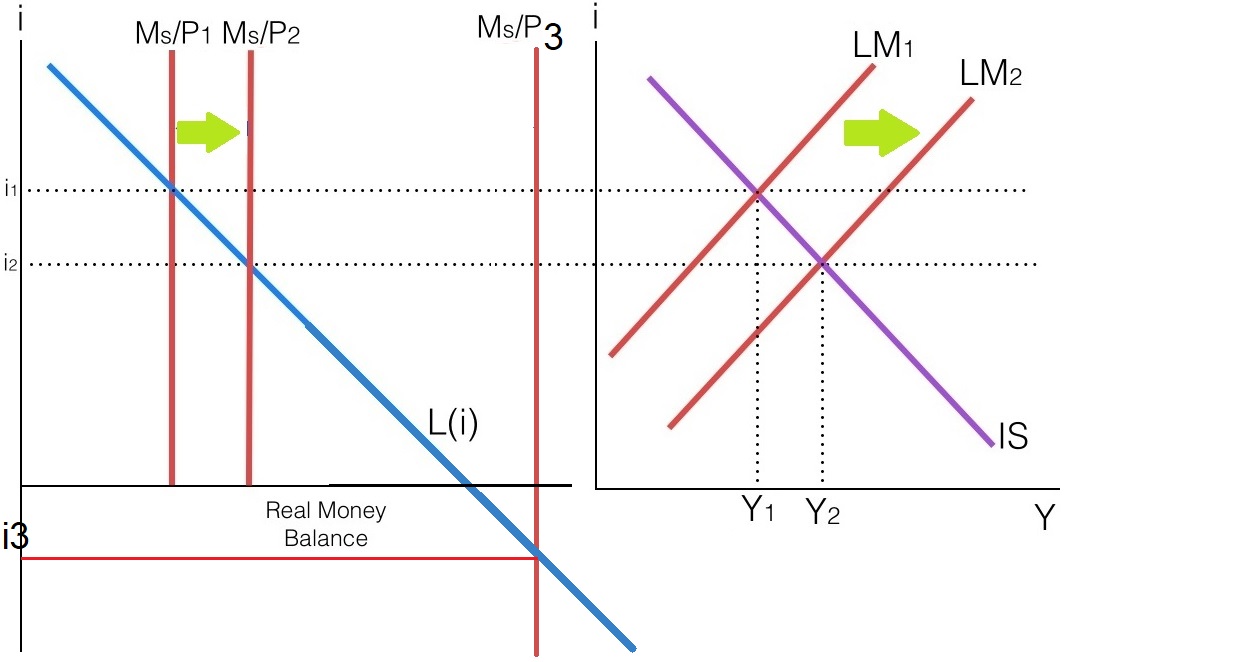 In the IS-LM model the interest rate cannot become negative. In the model's world there are two types of assets available to the consumers for storing value - cash and bonds. The advantage of the cash is that it can be used for transactions. The advantage of the bonds is that they pay interest. The negative relationship between the real balances and the interest rate on bonds appears quite naturally. The higher the interest rate, the more worthwhile it becomes to invest in bonds instead of keeping the cash. If the interest rate is 0 this incentive disappears. The interest rate on bonds cannot be forced below zero due to arbitrage. If today's price of a bond that pays 100\$ in six months is 101\$, people will start selling to get an extra dollar for nothing until the price of the bond becomes 100\$ again. Thus the LM curve starts from the origin of the IS-LM graph and is identical to the x-axis until it lifts off for some positive value of Y and from there onward has the increasing shape you draw.

The Fed has not made use of this option yet - its interest rate on reserves has never been below zero.

Not the answer you're looking for? Browse other questions tagged interest-rate quantitative-easing or ask your own question.

-1
Gvernment deficits, by driving up interest rates, can contract the economy?