Does elasticity vary along the Demand/Supply curve or is it a summary statistic of a curve?

I know that the Demand curve has elastic and inelastic regions but when we say horizontal demand/supply curves are elastic or vertical curves are inelastic, in that case, does the elasticity still vary along the curve?

More specifically, one of my lectures gives Elasticities of various items such as 0.09 for Gasoline and 0.8 for soda drinks. Are these values just taken on a specific point? If yes, how can they be used to describe the complete curve of a specific item.

Yes, elasticity varies along a curve. No, elasticity is not a summary statistic of a curve. 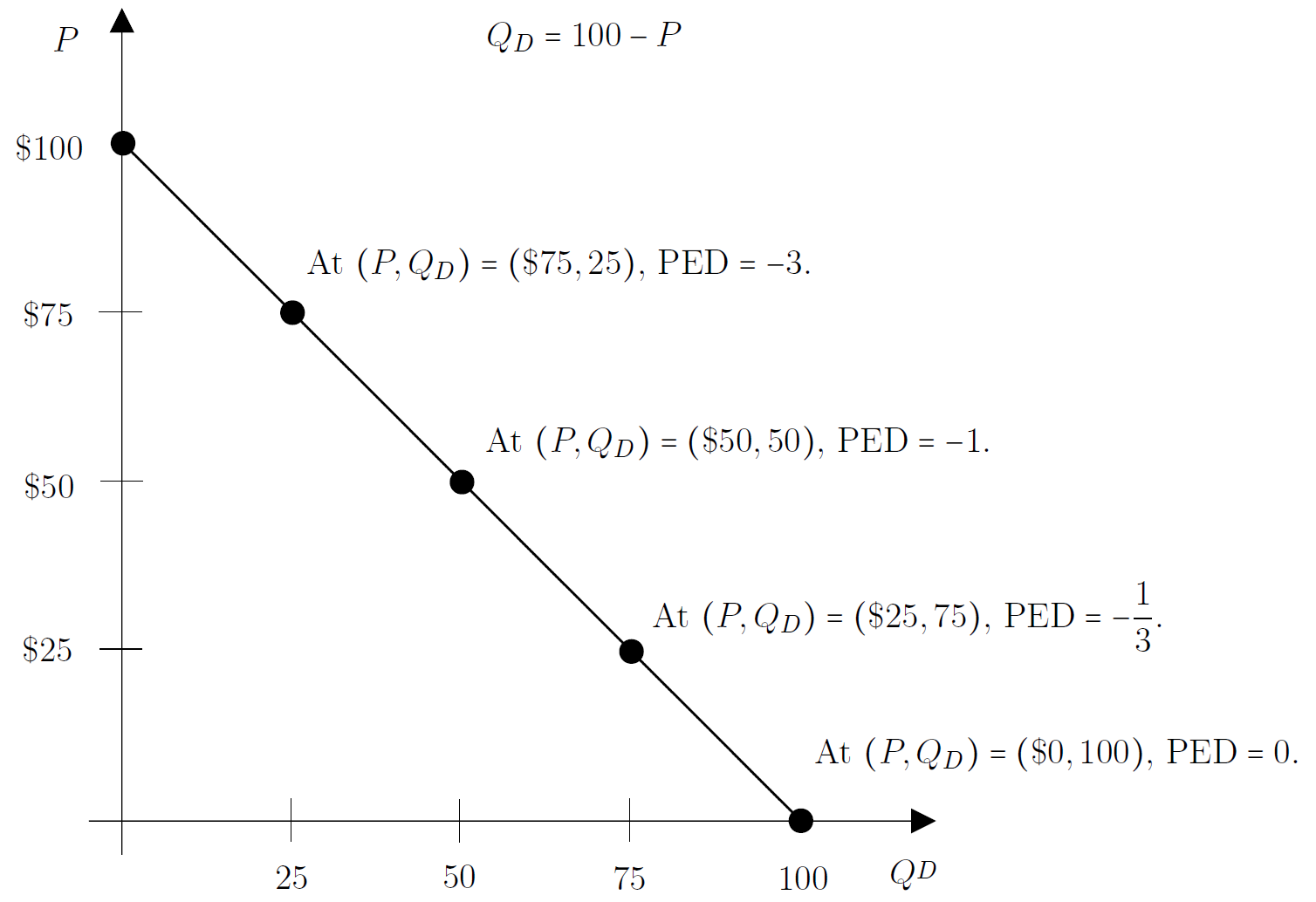 More specifically, one of my lectures gives Elasticities of various items such as 0.09 for Gasoline and 0.8 for soda drinks. Are these values just taken on a specific point?

Note though that sometimes they're some sort of a mean or average estimate. (In such cases anyone reporting such estimates should be very careful about how exactly these estimates were defined.)

If yes, how can they be used to describe the complete curve of a specific item.

You're right. They don't describe the "complete curve".

Note. With soda, prices probably don't fluctuate too much. So elasticity estimates are probably reliable.

In contrast, with gasoline (or more generally energy), we have to be more careful. Indeed, there's an extensive literature on this topic with estimates all over the place.

Here for example is a table from a recent meta-analysis (Labandeira, Labeaga, and López-Otero, 2017) where ranges of elasticities from various studies are reported:

Basically, you're correct that elasticity is a summary statistic under the assumption that the curve "looks like" an ideal demand/supply curve, i.e one with constant elasticity. This assumption is usually pretty valid, e.g. here's empirical data estimating the elasticity of the demand of soft drink across incomes groups (quintiles): 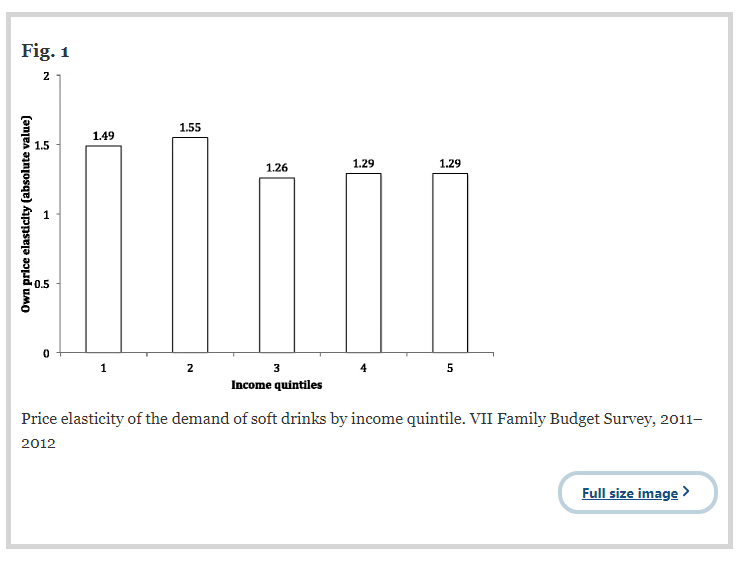 In general, (in the math-sense) the (point) elasticity of a function is itself a function, which may or may be constant, but it is so for the "usual" demand curves: 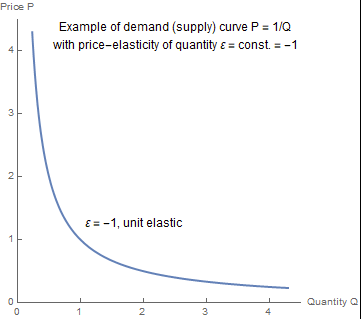 Finally the bit you said about "elastic and inelastic" regions is a bit of a confusion, as it's not about an elasticity curve itself in separation, but rather

Per [expert] protest below, an expert answer should say that estimating elasticities is a fairly difficult problem (for the obvious reason that we don't get to experience all the price points).

almost all price-elasticities which are presented in the literature are estimated on macro timeseries data by means of demand systems under Slutsky constraints. They are generally considered as being not robust to the specification of the demand system and they suffer from aggregation biases and lack of information on price variations. Moreover the stationarity conditions are generally rejected for long-term time-series.

Second, estimation technics on cross-section individual data (such as surveys on consumer expenditures) are either based on separability assumptions over the utility function (Frisch, 1959, Deaton, 1974) which allows to calculate price elasticities in terms of income elasticities and the Frisch’s income flexibility (see Theil, 1986, Selvanathan, 1993), or on unit values (ratio of the value of expenditures over the corresponding quantities whenever both are recorded in the survey, generally for food expenditures, see Deaton, 1988). The first method is based on the assumption of strong separability which generally is not supported by the data. The second concerns only those rare datasets which contain both values and quantities of consumption, generally only for food commodities.

Third, arc-elasticity can be computed between two periods (see Gardes, Merrigan, 2011 for such an estimation for tobacco). In contrast to estimation on macro data, this method allows to compute price effects for different types of households, but it necessitates comparable repeated cross-sections or a panel over a period characterized by large price changes. Moreover, it concerns only the direct price effect for the commodity having experienced this price change.

A fourth method consists in computing semi-aggregate price indexes for a set of products using the individual budget shares as a weight of the individual product prices: these aggregate prices are thereby individualized and can be used to estimate price elasticities on a cross-section survey. This method initiates in remarks by Hicks and Stone and was fully discussed by Lewbel (1989). It has been recently applied by Ruiz and Trannoy (2007) on the French Household Expenditures surveys and proved efficient, but perhaps not very robust (considering the volatility of estimates in Ruiz’s thesis, 2006). Those techniques imply the endogeneity of semi-aggregate prices (since they are defined by means of current budget shares) which can be corrected by instrumentation. More critical is the assumption that the set of detailed commodities (such as various durables for home cleaning) are sufficiently different to experience different price changes, but pertain to a homogenous group as concerns households’ preferences: whenever they differ sufficiently, the difference in the composition of the corresponding aggregate for two households implies that the semiaggregate does not play the same role in these households’ consumption, and thus the price change of the semi-aggregate is largely due to a change in its composition or quality. The hidden assumption of that method (commodities within an aggregate consumption play the same role in the household’s consumption) is thus intrinsically illogical: either the commodities are similar, and their prices must follow the same trend; or they differ, and the role of the aggregate in household’s consumption depends on the proportion of the detailed commodities in this aggregate.

The kind of empirical graph I showed you as empirical "evidence" is based on the 2nd kind of method, if I'm not mistaken.