I'm trying to figure out how much inflation (vs GDP growth) shrank the debt-to-GDP ratio (in the decade or so) post-WW2 in the US. I found one paper that says:

In 1946, just after the end of World War II, gross Federal debt reached 121.7 percent of GDP and the share held by the public was 108.6 percent. Over the next 30 years, debt as a percentage of GDP decreased almost every year, due primarily to an expanding economy as well as inflation.

I don’t have time to look at the paper, but that’s possibly what was meant. Not an entirely convincing methodology, but you would have to do something with the deflator as well as nominal GDP to allocate changes. 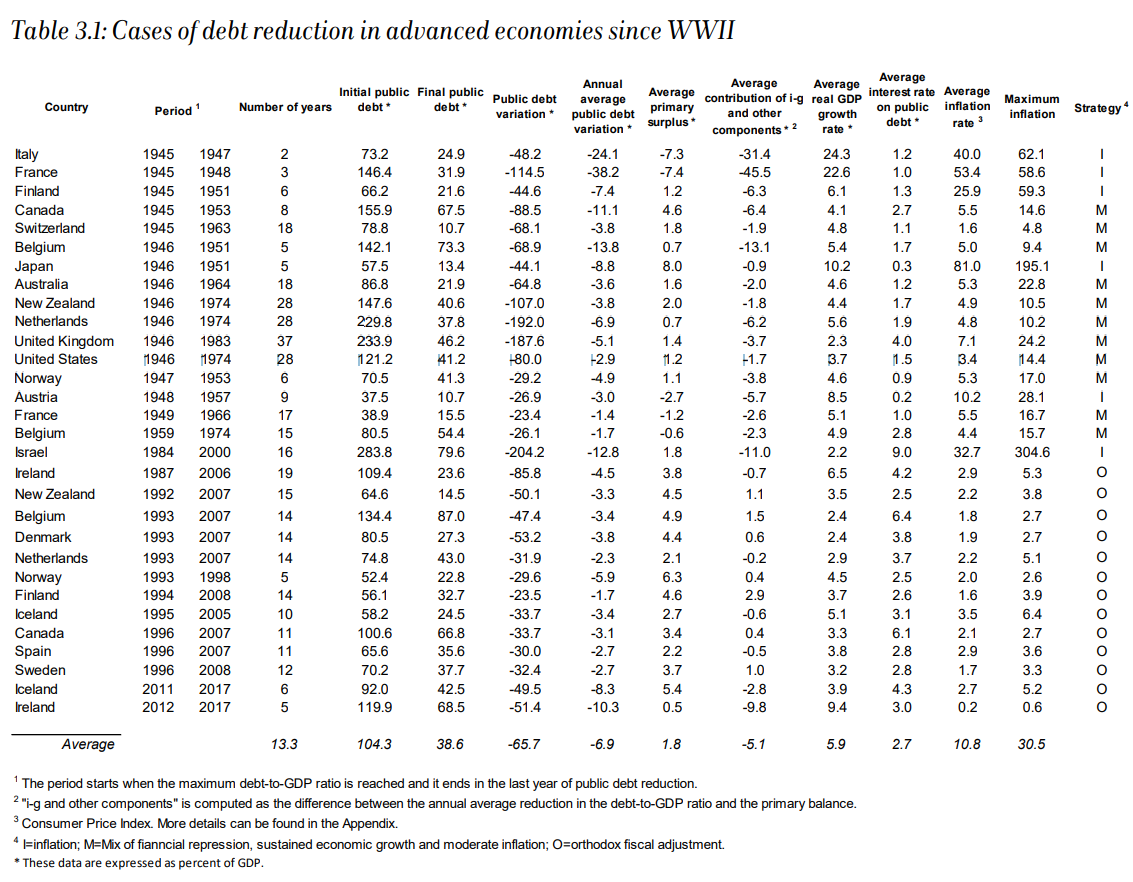 Not the answer you're looking for? Browse other questions tagged macroeconomics inflation gdp government-debt united-states or ask your own question.

2
Relevance of government liabilities to GDP
0
Debt-to-GDP ratio in connection to inflation
0
How will economy find long-term equilibrium in AD-AS model in case of a negative supply shock?
0
How does high U.S. federal debt affect its citizens?
3
How can the Fed enforce exit criteria if they begin yield curve control?
14
Is there a “runaway” threshold for Debt-to-GDP Ratio in the U.S.?
1
Economic indicators for government debt (sovereign debt)