This has straightforward solution with optimal trajectory $(k_t,c_t)$ converging to stationary point $(k^*,c^*)$. 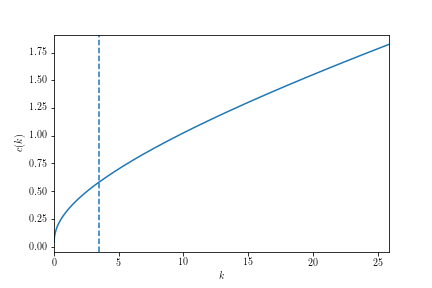 where the dashed vertical line represents the stationary point.

The problem I am running across is when I try to evaluate the property that the current value Hamiltonian evaluated at the optimal $k$, $c$ and $\lambda$ should be constant. Following is a plot where values of $\mathcal H(k,c(k),V'(k))=u(c(k))+V'(k)[f(k)-c(k)]$ on the vertical axis depend on $c(k)$, the approximated optimal consumption and $V'(k)$, the first difference in the approximated value function. 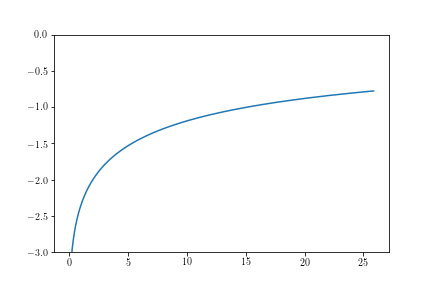 As I understand from Chiang (1992), $\mathcal H$ should be constant but this is clearly not reflected in my plot -- all of my other plots are spot on. Am I making a mistake in my plot of the optimized current value Hamiltonian or is there some approximation error that is being magnified in my plot?

Browse other questions tagged macroeconomics computation optimal-control or ask your own question.