What is the purpose of monetary expansion during an economic lockdown?

Recently, most developed countries central banks substantially lowered their base interest rate. In Australia, this is now at their stated lower bound of 0.25%. We also have QE. This is all in an attempt to stimulate the economy.

At the same time, we are going through a lockdown which shuts down large swathes of the economy.

What is the purpose of monetary expansion in this environment? It is clearly purportedly stimulatory, but with consumers so constrained, can it work in a meaningful way? Is the impact in financial markets sufficient?

What is the purpose of monetary expansion in this environment?

The purpose is to keep as much as possible markets (labor related, of goods and services, etc...) in their pre-crisis configuration -- imperfectly admittedly -- with the intention of avoiding and preventing future post-crisis supply and demand shocks, which empirically translate into (out of control) inflation (positive or negative: deflation).

But when I say "supply" or "demand", I am not only talking about final demands and final supplies. I am talking about supply chains in their entire verticality, i.e. which is related to any intermediate consumption (and related market). And you do not want these intermediary markets to be strongly shocked either, since any shock in those would then propagate to final consumers. As outlined previously, the labor market is a intermediary market like any other from this perspective.

This is where decision makers actually have their role to play, because more than supporting the economy, they have to do it well. Imagine that:

Moreover, in a globalized and highly interconnected economy, you may have control on your domestic product, but clearly not on foreign providers whose economic health depends on foreign monetary policies. Hence the need for a coordinated central bank action.

In conclusion and to say it simplistically, what would happen after the crisis if agents use their savings to buy consumer goods to the last company that didn't go bankrupt ? $\implies$ hyperinflation + social tensions.

[...] with consumers so constrained, can it work in a meaningful way?

In Germany or in France, partial unemployment -- financed by governments at virtually no (short-term) cost thanks to QE -- is a way to maintain both final demands and intermediary consumptions of productive factors (such as labor force) while favouring a V-shape activity recovery:

As of April 30 2020, 11 million French workers are currently temporarily or partially unemployed. Also, almost 650,000 businesses had applied for Germany's reduced-hours work scheme by April 6th. In the USA, Trump's helicopter money is a manner to protect final demands' purchasing power and limit the number of bankruptcies.

Idem for China, who cut interest rates to be more powerful in supporting the economy, announced on February 5, 2020, 16 preferential policies to sustain the production and operation of SMEs including policies on taxation, finance, social security, subsidies, and rent reduction). China's V-shape recovery follows: 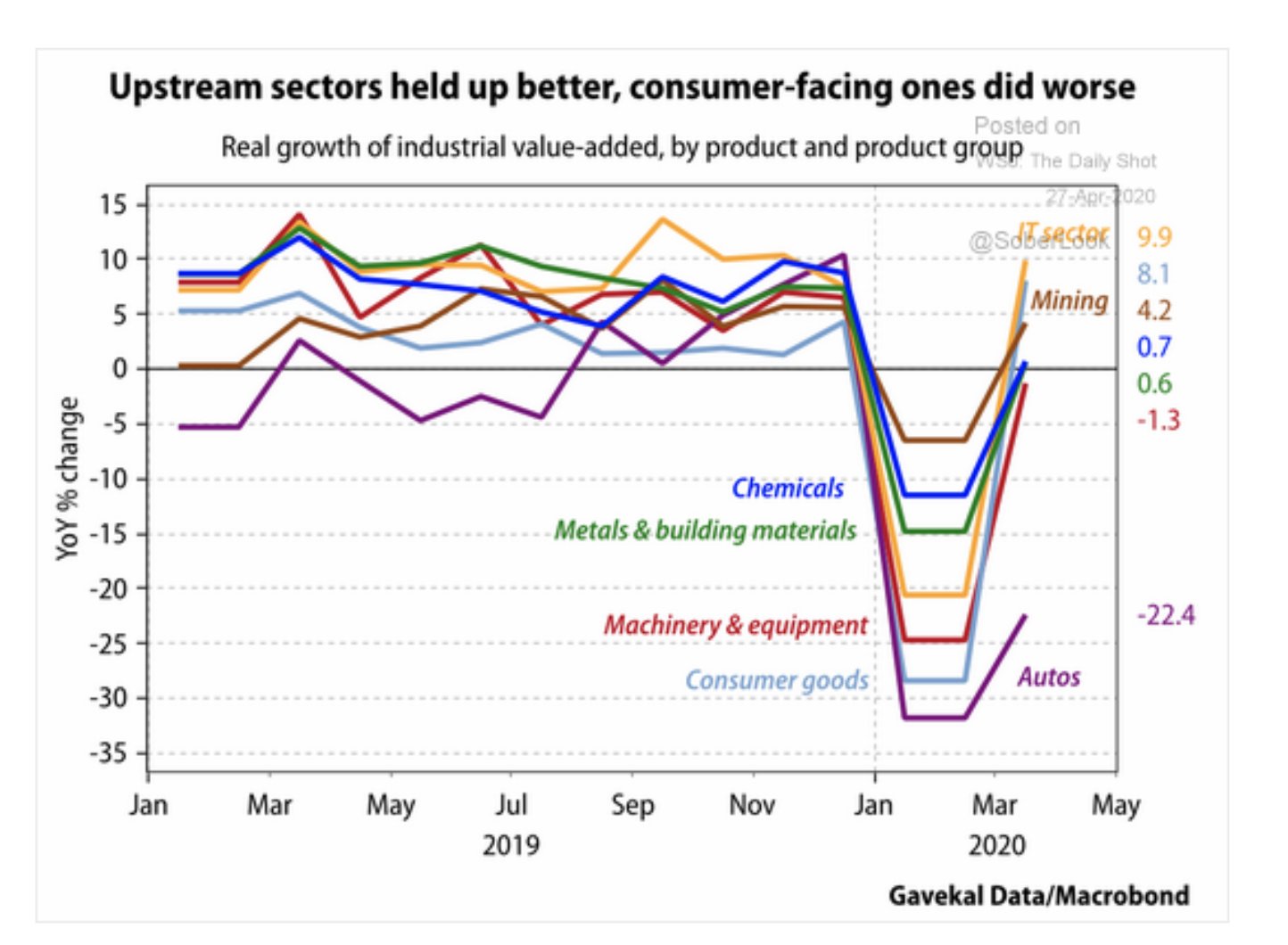 Is the impact in financial markets sufficient?

Sufficient to what ? As Krugman says:

I'm a bit disappointed that so many people — including financial reporters! — still assume that the stock market is telling us something about real economic prospects [...]

Not related to Economic Science as such

Then, something you could ask is "why not rely on private capital?" Economic theory stops here. And it all depends on your ideology.

(There is a longer answer by @keepAlive that covers economic theory.)

From a practical perspective, the effect of rate cuts is debatable. In most countries, central banks have undertaken lending programmes designed to avoid cascading defaults in the financial system. This is not designed to cause economic growth, rather to avoid the collapse of activity associated with the closure of the financial system (as seen in 2008).

6
What major monetary policy actions were taken during the Great Recession (2007-2009)?
5
What impact did monetary policy actions taken during the Great Recession (2007-09) have on U.S. economic performance?
3
Is monetary expansion the same as quantitative easing
1
What are some of the good textbooks on Modern Monetary Theory and the Development of Monetary Theory?
0
What is the point of monetary policy if most monetary variables are determined by non-monetary factors?
4
What was the US monetary policy like in the 70s?
0
What are the standard models of monetary theory?
0
What is the purpose of central bank selling government bonds besides reducing money supply e.g. to let the public earns more during recession?