Why has M1 shoot up?

M1 has increased massively during the current pandemic. Below is an image from Fred St. Louis. Similar picture emerges from other countries.

According to Fed data, the increase is due to a rapid increase in demand deposits: 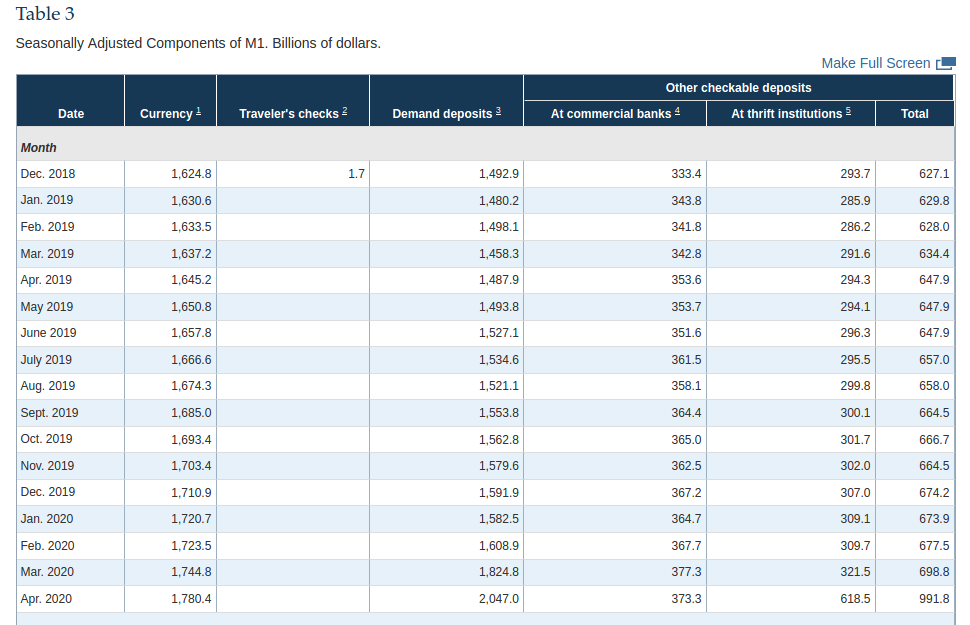 These are defined as:

The Federal Reserve launched a number of emergency lending and asset purchase programs. FRED time series of the monetary base.

Since the Fed is purchasing things, it creates deposits for non-bank entities selling those assets.

Not the answer you're looking for? Browse other questions tagged money-supply money or ask your own question.

5
Why is the money supply perfectly inelastic?
3
Why is M0 higher than M1?
3
Why are there (still) coins?
2
Why hyper-inflation?
1
Why is Money Necessary?
0
The value of money in a model economy. Has this been addressed?
3
Why has M1 grown a lot faster than M3 after the financial crisis?
2
Is there some background/explanation why the Fed discontinued publishing their M3 indicator, circa 2006?