What is the intuition behind having a negative neutral real interest rate?

The intuition is simply that there is an excess of savings on the market and consequently the market gives people a signal to save less. You can see the situation visualized below in a tikz picture of IS-LM model I drew shown below.

The $y$ axis measures interest rates both real and nominal and $x$ axis output. The IS curve gives all the combinations of interest rates and output at which investment equals to savings. Whereas the LM curve gives you all combinations of interest rates and output at which money supply equals money demand (see Blanchard et al. Macroeconomics an European perspective for more detail behind IS-LM). Furthermore, the LM curve becomes flat at zero lower bound as, if nominal interest rates become negative, peoples preference for holding money as cash becomes infinite. Furthermore, the $Y^*$ line here would represent the natural level of output economy can attain.

If there is too much savings in the market but too little worthwhile investment opportunities (i.e. there are excess savings) the IS curve will shift to the left. The intuition for that is that if there is low demand for saving and huge amount of saving then any equilibrium interest rate (which can be viewed as the price for saving) at which $I=S$ will be lower for a given level of output (where $S$ is saving and $I$ investment). Since nominal interest rate cannot be negative it will stay at zero but the real interest rate will be given by the intersection of the IS curve with the natural level of output which will be below zero.

So the intuition is really just that people want to save too much while at the same time they do not want to invest enough so the market tells them to reduce their savings rate with negative interest rate.

The intuition is similar to why oil futures price became negative recently - too many people wanting to sell the oil while too little people being interested to buy it. With the oil price, there was also an additional problem that people did not have any space to store the oil and so they were willing to pay people to take it off them. Here the problem is not so much with storage space but the fact that people simply often have to save - for example, due to precautionary savings or other reasons and even though they could hold cash at nominal 0 rate the problem is that it will be eaten by inflation as from Fisher equation we know that nominal interest rate $i$ is approximately equal to the real interest rate $r$ plus inflation $\pi$ - which in turn implies that if the nominal interest rate is above real we get inflation $i \approx r+\pi \implies \pi \approx i-r$. So people might desperately supply savings even when the real interest rate is negative because they have no other choice (except for stopping to save altogether- which again might not be reasonable for many people who might need to save due to various reasons such as to form precautionary savings). 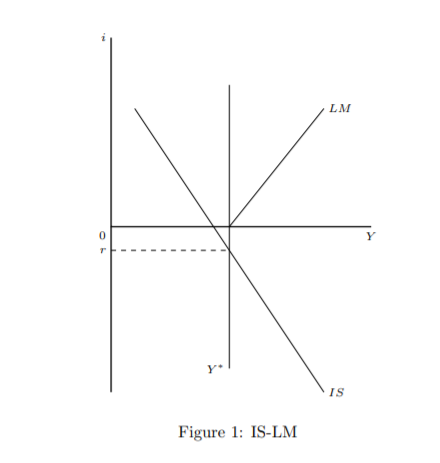 Not the answer you're looking for? Browse other questions tagged macroeconomics interest-rate monetary-policy or ask your own question.