Country GDP vs Exports - why such a big difference?

I discovered that country ranking by GDP and Exports are very different.

I wonder why it is so and what would be a better indicator of the country capacity to produce real goods.

Like to find countries that have best technology and factories and bet on companies (buy stocks) in that countries.

I'm a little bit suspicious about the GDP numbers, because it seems to me (maybe I'm wrong) that' it's kinda virtual and is easier to manipulate, and the export numbers are more or less closer to reality.

Just to highlight a cartoon about GDP 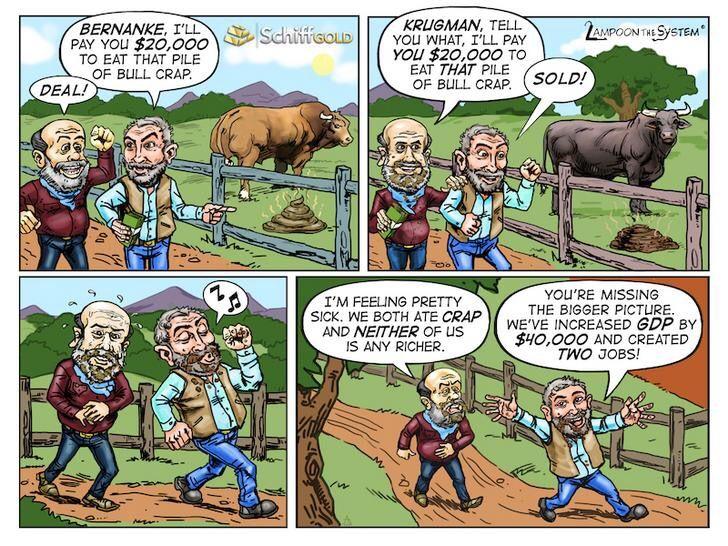 Production of goods vs location of consumption

GDP measures the production of final goods. Export refers to where the produced goods get consumed. There's no reason to assume that these would be directly related.

A country could be completely isolated (0 exports and 0 imports), so local production/GDP would equal local consumption (accounting for time shift).

One relevance of exports to GDP is the rough equation of Consumption = GDP + Imports - Exports - in a sense, export surplus means that your population is not using part of the GDP to fulfil their needs/wishes right now, but they are traded for financial assets to be used for imports (and thus, consumption) later - or to cover past debts / excess consumption.

4
Is education a part of the U.S. exports component of GDP?
0
How can two countries of roughly the same size, population and GDP have such big differences in minimum wage?
0
Difference between GDP and GNI in this exercise
4
Can't a country grow its GDP without foreign investment?
1
GDP per capita and trade relationship
0
GDP of domestic and foreign economic activities of a country
0
Confused why GDP/GDP growth is a good measure
0
Different GDP figure for same country
0
Why there's a large difference between fiscal deficit and debt to GDP ratio of a country?