How are historic economic statistics calculated?

Sources like Our World in Data can have statistics that date back hundreds of years. Specifically, the Our World in Data source has a graph of GDP Per Capita in England dating all the way back 1270. What kind of resources do these statistics draw upon? Finally, is these any metric to determine how accurate they may be?

The site has actually multiple estimates for historical UK/England GDP (as the Maddison data include data for UK as well). But based on your question I will assume you are referring to this chart: 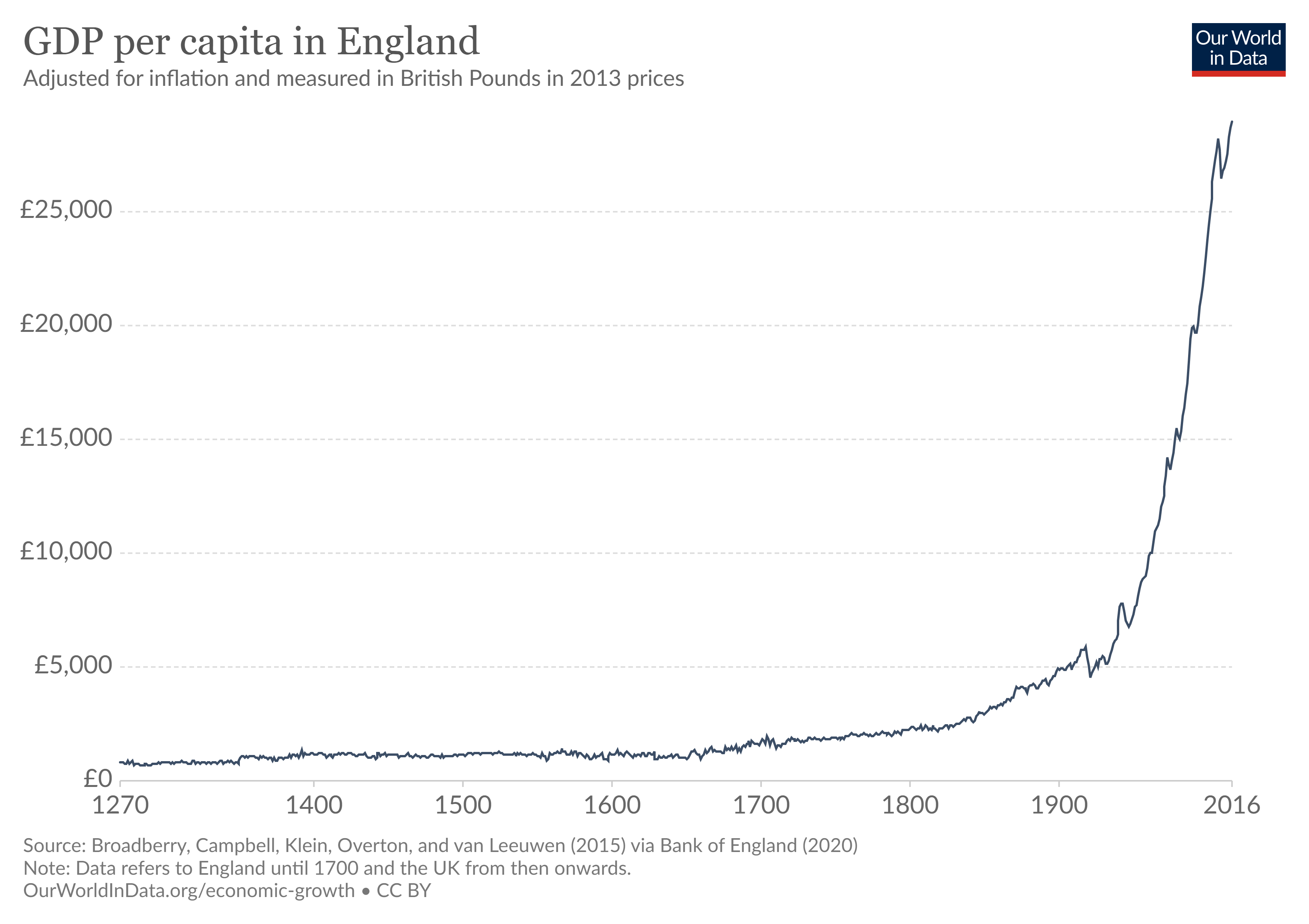 As the chart itself states the sources for the data are Campbell, Klein, Overton & van Leeuwen(2015) and Bank of England (2020).

Summarizing a methodology and all sources of project that requires whole book to describe is beyond scope of what can be done reasonably within format of this site which holds for all sources as well.

In short, they used output based approach - that is they try to estimate GDP by looking at various historic sources that measure different kinds of output and extrapolate from that. They use very large amount of different sources so I will just give you some examples of historic sources not all (which you can view in their book I referenced above):

Finally, is these any metric to determine how accurate they may be?

There is no straightforward way of measuring the degree of accuracy of this kind of historic data. One way would be to compare it to other historic estimates which use different methods (for example income approach for historic reconstructions is also used) and then see how well they match together. However, a problem to begin with is that even the historic sources themselves might not be accurate as standards of record-keeping/bookkeeping were compared by present day standards low.

Furthermore, as the authors of the data themselves note these are rough estimates and frankly just being able to provide that for such a long span of time is incredible intellectual achievement.

PS: I managed to found an un-gated 2011 paper of the aforementioned authors which serves as the basis for the book. You should still consult the book for full list of sources and description of methodology (as they might have changed something) but if you want to get quick summary of what they done the paper will probably serve you well. In addition in that 2011 paper they also make comparisons of their approach with some of the aforementioned income based approaches.

4
How is capital outflow calculated?
3
How are working hours statistics computed?
4
How are disaster effects calculated into GDP?
6
How wealthy are modern day humans compared to preindustrial times?
5
What are good books on economic world history?
1
How to convert an historic value denoted in foreign currency to a modern value in local currency?
1
How are GDP deflator series calculated