Not completely the same as a list of countries that have experience economic downturns, but Wikipedia has a list of economic crisis by decade. A few notable examples in the 2010 to 2018 time frame are Brazil, Greece, and Venezuela.

Here is a chart from a World Bank research paper that shows the number of countries in recession by year.

This definition comes from the site Market Business News and offers a more precise definition of economic downturn.

An economic downturn, or a downturn, occurs when the value of stocks, property, and commodities fall, productivity either grows more slowly or declines, and GDP (gross domestic product) shrinks, stands still or expands more slowly. 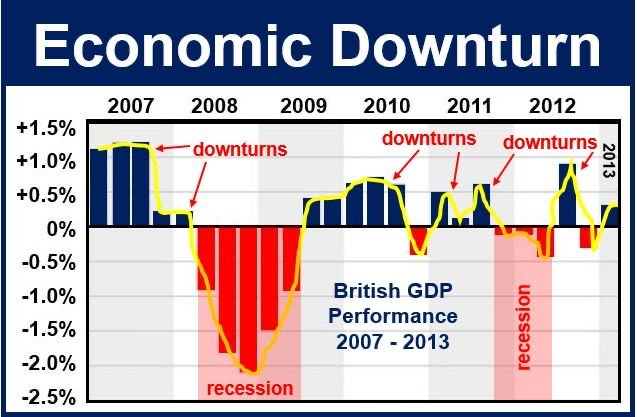 Not the answer you're looking for? Browse other questions tagged macroeconomics nonexpert or ask your own question.

11
What are the economic impacts of different professions?
2
What impact did major fiscal policy actions taken during the Great Recession (2007-09) have on U.S. economic performance?
5
Is a country in economic downturn if its growth rate is negative, but improving?
0
What would be the economic impact of disallowing the renting of housing?
2
How does Bolivia maintain its high economic growth and the highest direct foreign investment in South America, despite its economic policies?
0
What is the difference between Q4/Q4 and Y/Y GDP growth?