What does annualised GDP shrinkage of 75% and growth of 54.6% mean?

According to Business Today (India), these are the latest figures for 2020 September 3 for GDP change in World's largest economies. 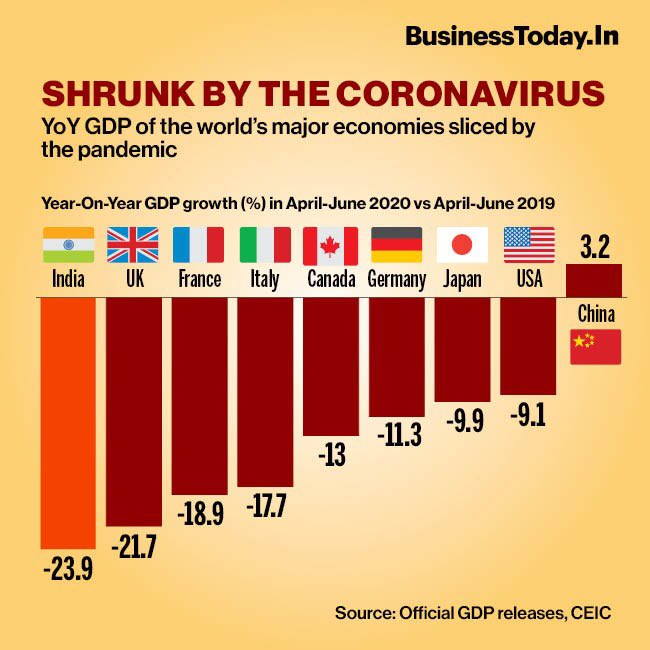 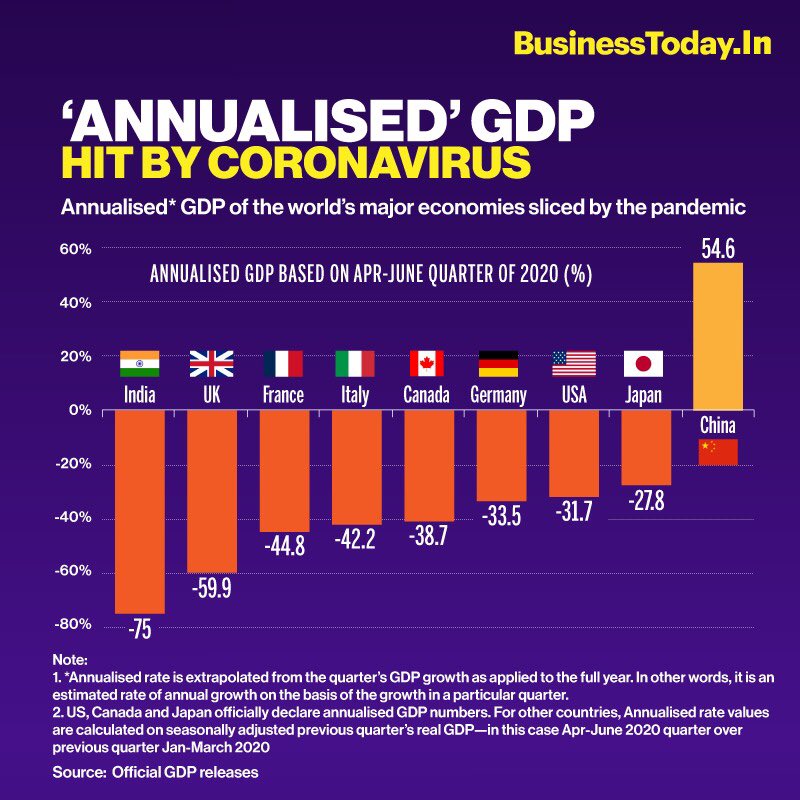 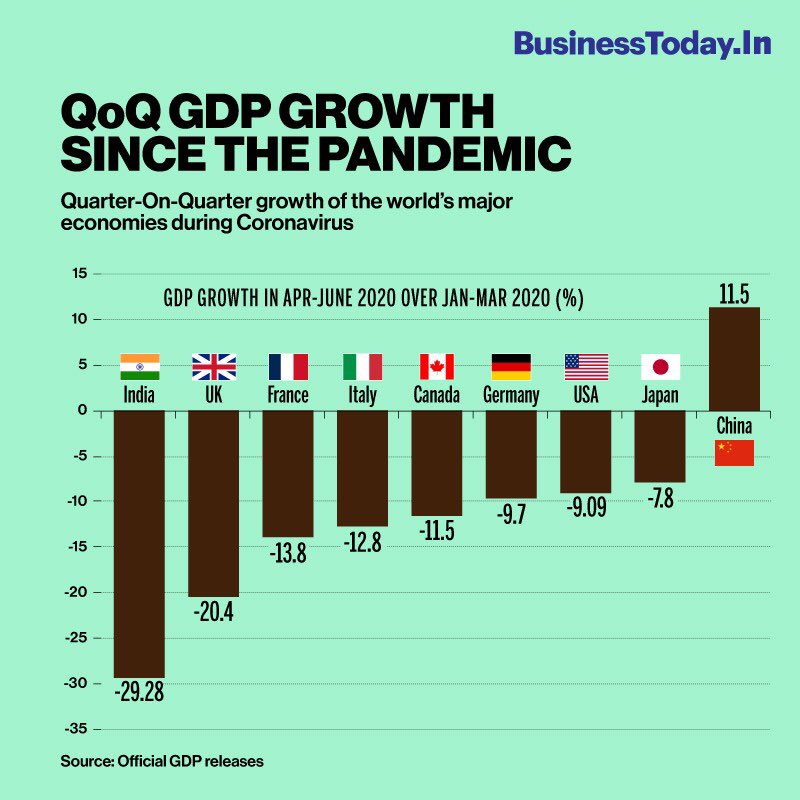 My question is not about the formal technical definition of GDP, but the meaning of 75% shrinkage in GDP and 54.6% growth in GDP, in layman's language. That is, from the perspective of the history of economies of large human societies, how massive in magnitude are these figures (has 75% GDP meant total economic collapse and has 54.6% growth in GDP meant legendary economic boom)?

For a person who is not trained in economics, these figures are hard to grok.

Growth of GDP is generally reported quarterly on YoY basis in real terms, i.e., the growth rate of 5% means increase of GDP in current quarter by 5% as compared to GDP in same quarter previous year in real terms.

As with most macroeconomic variables, GDP has seasonality and that is why the QoQ is not reported.

Coming to annualized rate: it is the growth rate of GDP if the economy continued to grow (shrink, in this case) at the same pace as the current QoQ growth rate.

So if the QoQ is, say, 2% then annualized rate would be:

In the above example:

Now in general in Central bank communications and research analysis work, the annualized rate is calculated on deseasonalized QoQ growth, otherwise you ate misleading the reader. The newspaper here seems to have ignored that, perhaps intentionally to magnify the contraction of economy and is most certainly misleading.

On the second part of your question: $75%$ economic of economic contraction does mean collapse. In worst of recessions this does not happen in a period of just one year. In theoretical terms, it is equivalent to everyone's income in the economy to decrease by $75%$.

When GDP increases that means that the economic output of the country increased. People are producing more or more valuable cars, food, houses etc. When it decreases opposite happens. GDP can be real or nominal your pictures don’t make clear which one it is the difference is that real GDP takes into account inflation (increase in average price level).

Your pictures show both annualized and year on year GDP growth.

The annualized rate of growth is calculated as a growth relative to previous time period with annualization applied to it. For example, under annualzied rate May 2020 GDP would be given as $\left(\left(\frac{GDP_{May2020}}{GDP_{April2020}}\right)^{12}-1\right)100$.

Not the answer you're looking for? Browse other questions tagged gdp definition or ask your own question.