Which values to assign to a quantified dummy variable

I am working on a data set from kaggle (https://www.kaggle.com/spscientist/students-performance-in-exams) about how student performance relates to some explanatory variables, such as if the school provides lunch, gender etc. 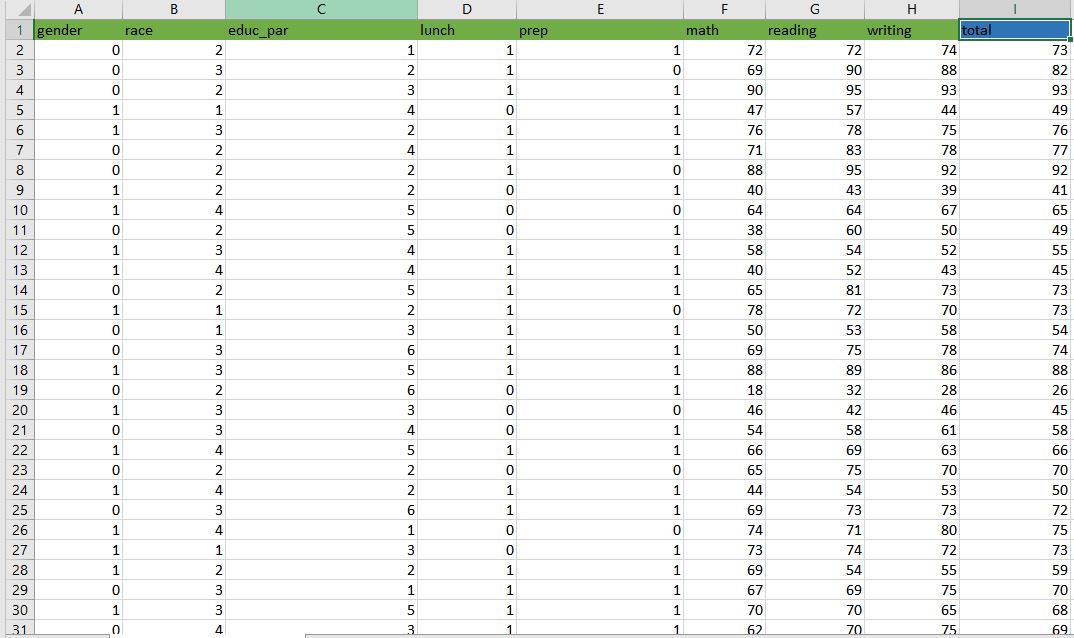 Now since, I only have dummy variables my teacher suggested me to at least include one quantitative variable. So that I can interpret it better. Here I want to change educ_par into years of education by parents. However, I run into one main problem here.

So my question is how should I quantify this variable? To not run into the problem I am facing above. May I just leave out the cases in which only some parents have a specific degree just to simplify it?

Also how does including a quantitative instead of the dummy variable effect any of my regressions? Or may they just be the same?

If your teacher wants you to include quantitative variables, I'd go back to the original dataset and see if there's anything quantitative included there rather than trying to make a categorical variable fit as a quantitative one.

Not the answer you're looking for? Browse other questions tagged econometrics regression statistics stata or ask your own question.

2
Making predictions with a distributed lag model
3
interpretation: linear regressions with both unit dummies and time dummies
1
Using a Logit model to predict unknown outcome
4
Fixed Effects Interpetation
2
Should the control variables in an econometric regression be correlated with both the dependent and the primary independent variables?
4
Choice between dummy variables and Likert scale in Linear Regression
3
Do I have to bootstrap the dummy variables used for event dates in an event study?