How do you show welfare changes with limited entry versus perfect competition? 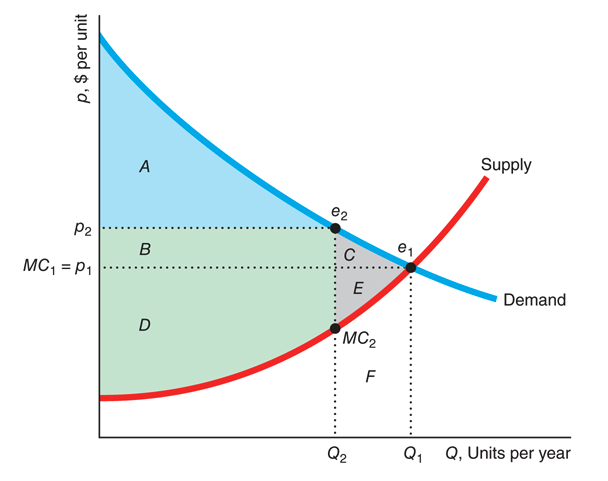 In Perloff's intermediate microeconomics book, he explains that producer surplus will increase with policies that limit entry. I get this intuitively - if we limit competition, producers will earn rents in the long run - but I am not following the graphical explanation. The text reads as follows:

"Although government policies may cause either the supply curve or the demand curve to shift, we concentrate on policies that limit supply because they are used frequently and have clear-cut effects. If a government policy causes the supply curve to shift to the left, consumers make fewer purchases at a higher price and welfare falls. For example, if the supply curve in Figure 9.3 shifts to the left so that it hits the demand curve at e2, then output falls from Q1 to Q2, the price rises from p1 to p2, and the drop in welfare is −C − E. The only “trick” in this analysis is that we use the original supply curve to evaluate the effects on producer surplus and welfare."

Can someone explain to me the intuition behind this "trick"? There is nothing provided in the text. I don't understand why we wouldn't use the "new" supply curve to calculate welfare.

To add in for reference, in a previous version of the textbook Perloff uses the following graph as an example. This graph makes sense to me. The new one does not given what is written unless it assumes a vertical supply curve. 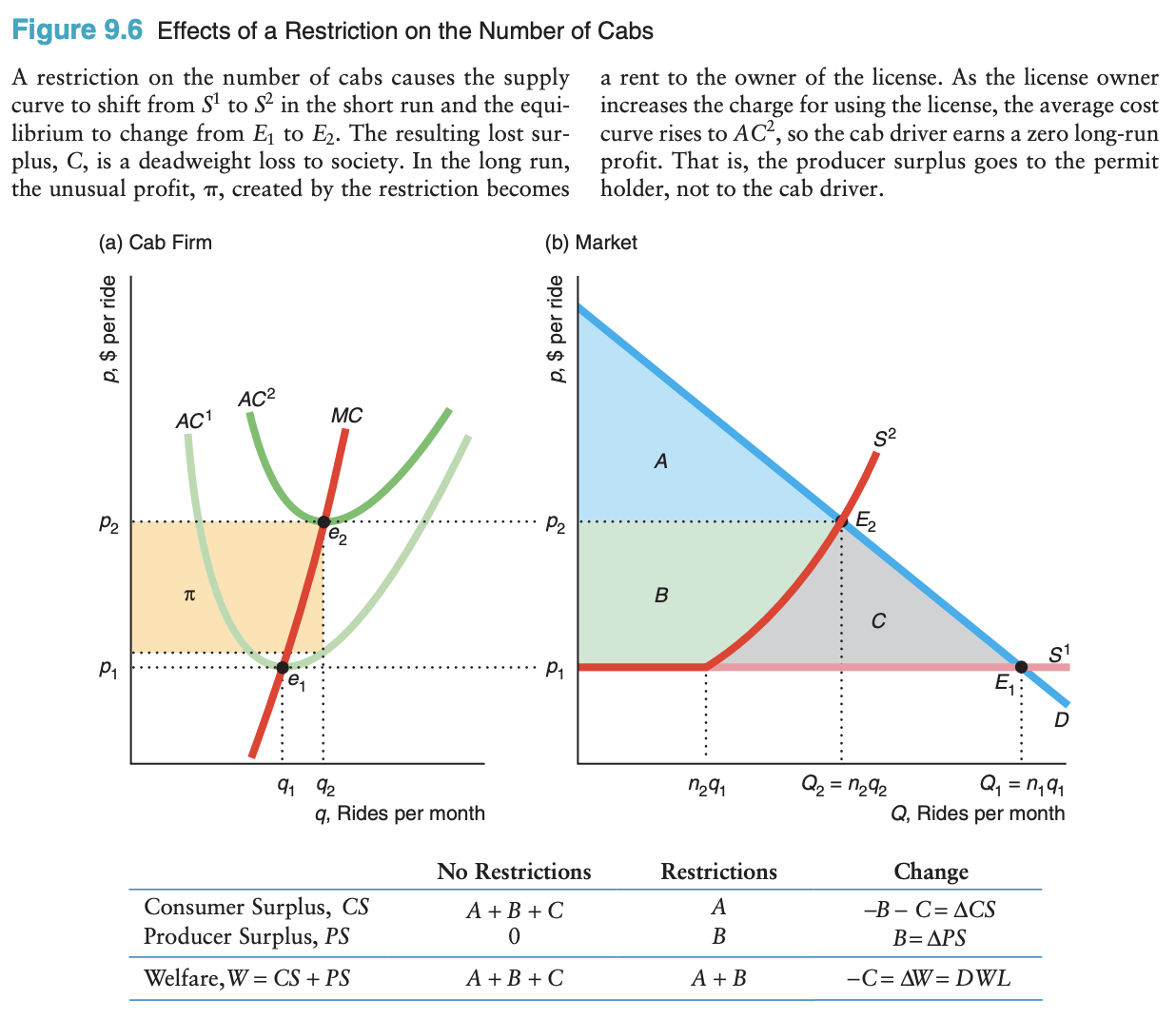 I think calling this 'trick' is a bit of a misnomer because there is nothing particularly tricky about it.

When you make any welfare analysis of some change (tax/quota etc.) you need to compare situation after change with situation before change. For that reason you calculate the deadweight loss (DWL) of policy as a difference between consumer surplus before policy and after policy.

In your case the problem (including new restricted supply $S_R$ - painted in red color) would look like in the following picture I made (I linearized the problem in order to make the picture easier to render).

In order to calculate deadweight loss here you would first calculate the area of big triangle bounded by the original supply and demand (in black) and then subtract the area of the trapezoid that is created by the new restricted supply (in red).

I am surprised they call it a trick in that textbook since this is how DWL from a policy is defined. Following Mankiw Principles of Microeconomics 8th ed. pp 157:

Deadweight Loss: the fall in total surplus that results from a market distortion, such as a tax 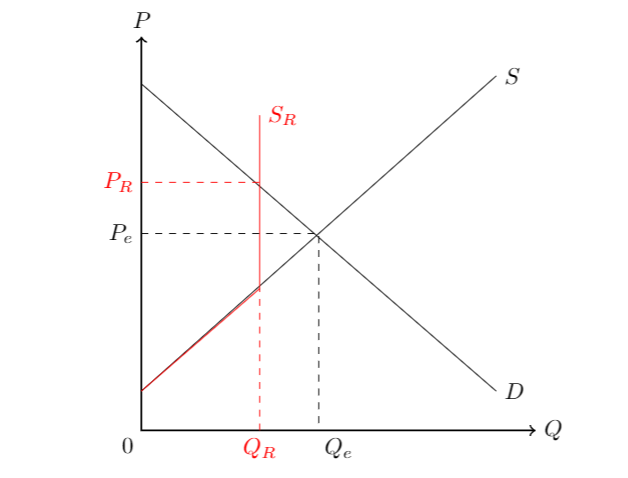 4
Taxes levied on sellers = Taxes levied on buyers
4
Intuition: Why does perfectly elastic supply imply no producer surplus?
1
Finding equilibrium of perfect competition in the short run with a cost function
3
Change in Welfare from an Incentive based Supply Restriction
7
Why don't consumers subsidize monopolies?
2
Deadweight Loss Due to Taxes Represented on a Graph of the Market?