My solution First I solve utility maximization For consumer 1,

Then I solve together

From this point I cannot proceed the solution

How can I find the Pareto optimal allocations ?

Set of Pareto efficient allocations is given by the dashed line in the Edgeworth Box. It is the set of feasible allocations satisfying $y_1 = x_1$ and $x_1y_1 \geq 9$ . 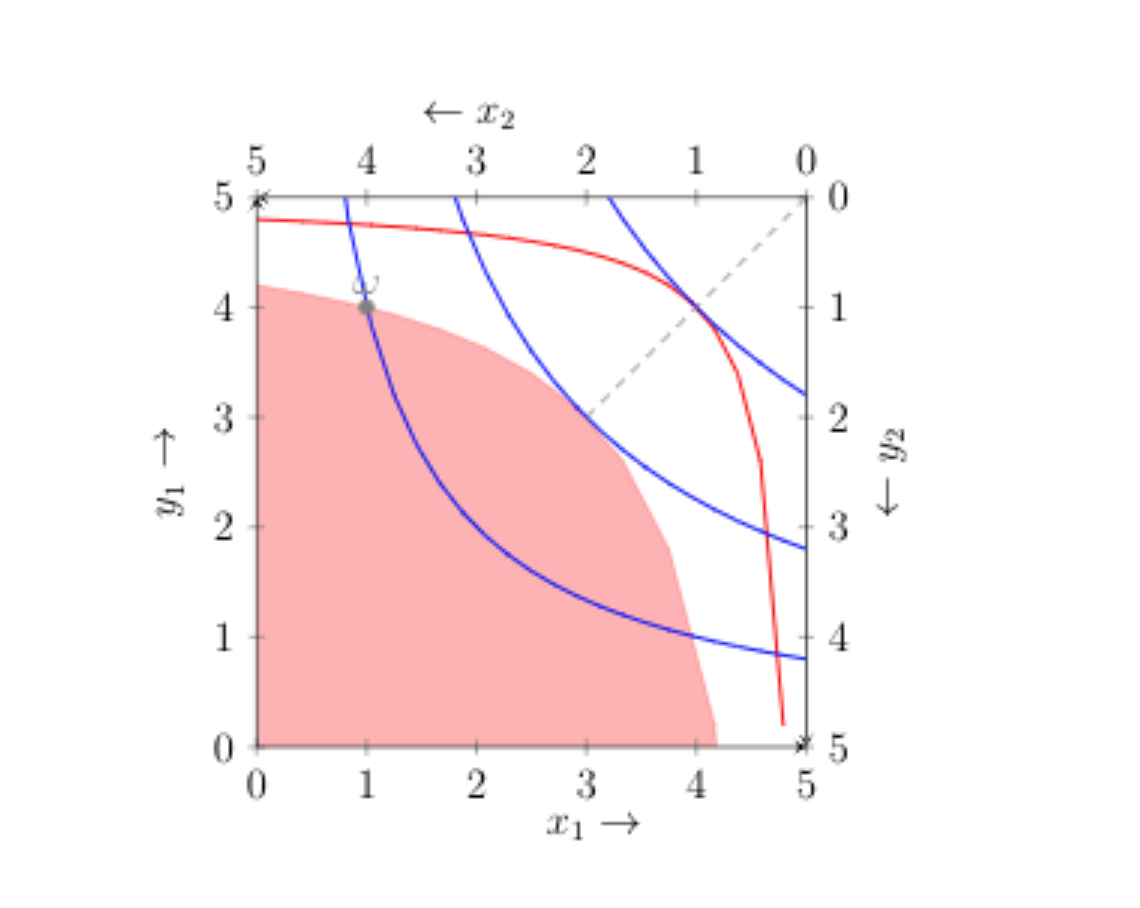 Pareto optimality requires that, after the agents trade once to a new allocation on the contract curve (set of Pareto optimal points), they each maintain at least the same utility they had prior to the trade, there are no potential "next" trades that make either agent better off, and there is no wastage in the economy (all goods are consumed). None of these require a price, so the budget constraint is unnecessary in solving this problem.

Let's start with the two agents' current utilities (at their endowments):

So, for any potential point on the contract curve, we must have

Next, we need to guarantee that there are no potential trades following a move to the contract curve. For an interior solution, we just need to set the marginal rates of substitution equal to each other (our tangency condition):

Finally, our no wastage conditions:

Substituting these into our tangency condition, we have

Combining our tangency condition with our minimum utility conditions from above, we have that our contract curve from Agent 1's perspective is the set

Not the answer you're looking for? Browse other questions tagged microeconomics self-study general-equilibrium or ask your own question.