How can I find the cost function c(w,p) given that the production is

I did Lagrangien's method but my problem is that I got no $x_1$ and no $x_2$ after taking the derivate. So I would like to know how can I derive a cost function?

Well since the factories are equally productive transforming one unit of input into one unit of output independent of the level of production $y$ you simple follow the rule of cost minimizing and use the factory for which the input is the cheapest.

The cost function is derived by solving the problem

The costs are given as $w_1x_1 + w_2x_2$ and they are to be minimized subject to the constraint that at least $y$ is produced as output.

You now have one equation in two unknowns which is great progress but not enough.

Again you follow the procedure of considering the three cases $w_1>w_2$, $w_2>w_1$ and $w_1=w_2$. For the cases $w_1\not =w_2$ you should be able to convince yourself that you produce with the cheapest production factor and therefore for the other factor you have $x_i = 0$. In either case you have two equations with two unknowns and by similar arguments as above $\min(w_1,w_2) y$ are the costs.

You can perfectly well use Lagrange for this problem. However, imagine that you forget the positivity constraints on $x_1$ and $x_2$ then your Lagrangian function becomes

So including the positivity constraints in the Lagrangian you get

Here you should use the complemetarity conditions to consider which inequalitites are binding in optimum.

A completely symmetrical arguments is used to solve for $w_1>w_2$. But as you can see using Lagrange is tedious in this simple case. For a statement of the KKT-theorem you can see Nocedal and Wright page 328. 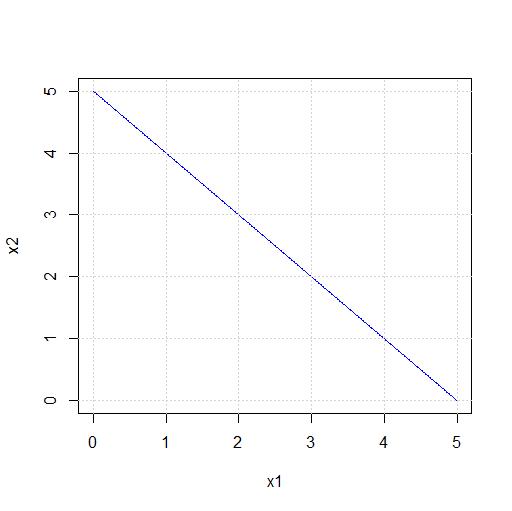 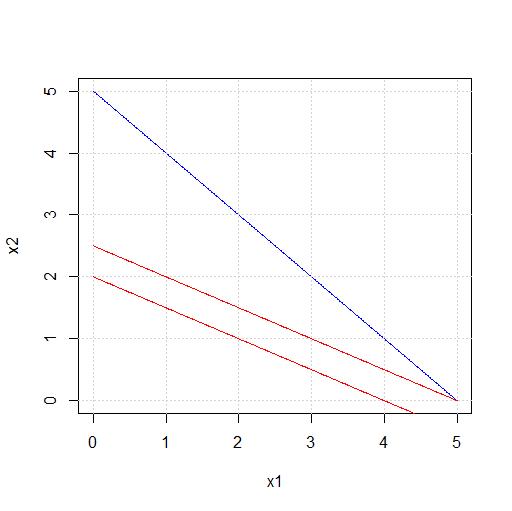 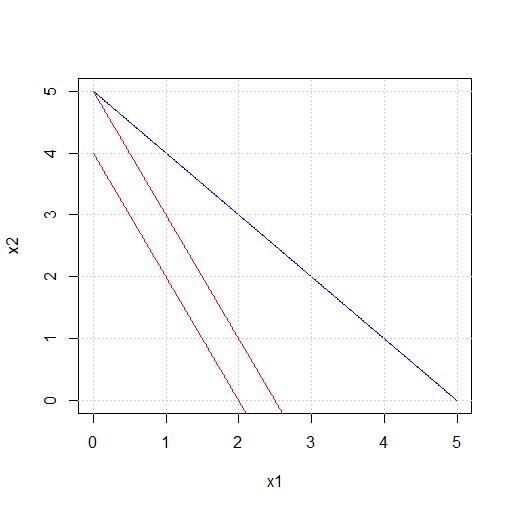 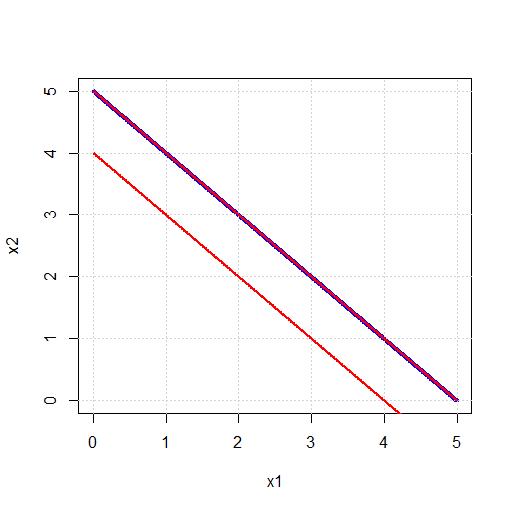