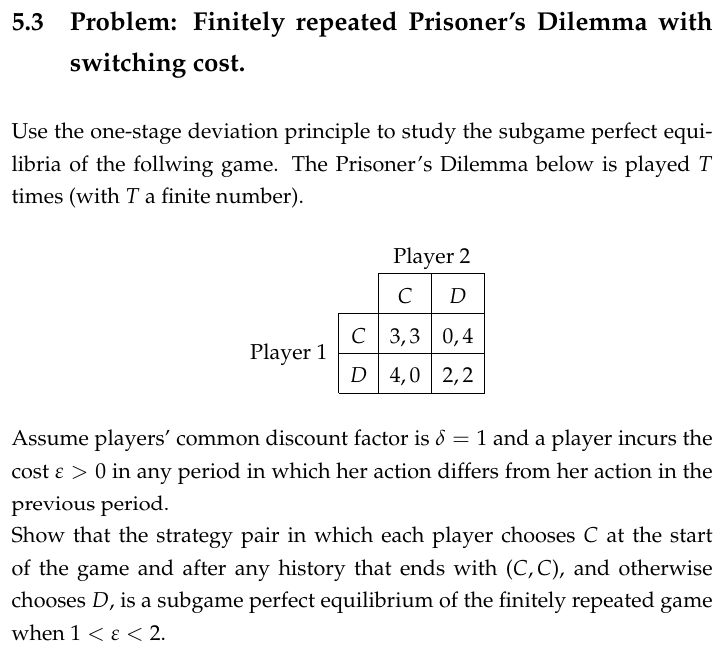 I'm doing this finitely repeated Prisoner's dilemma with switching costs but I have trouble showing the fact that $\varepsilon$ had to be $1 < \varepsilon < 2$. I do see why and that it is a subgame-perfect Nash equilibrium, but how do I show it.

And this is where I'm stuck. What am I supposed to interpret from this? That when $\varepsilon \in (1,2)$ then the number of punishment stages is negative?

So, to summarize: I would like to know if I'm approaching this problem in the right way. I would like to get some help on how to move forward from where I got stuck. And if the above would be enough to show what the problem is asking for.

Many thanks in advance! 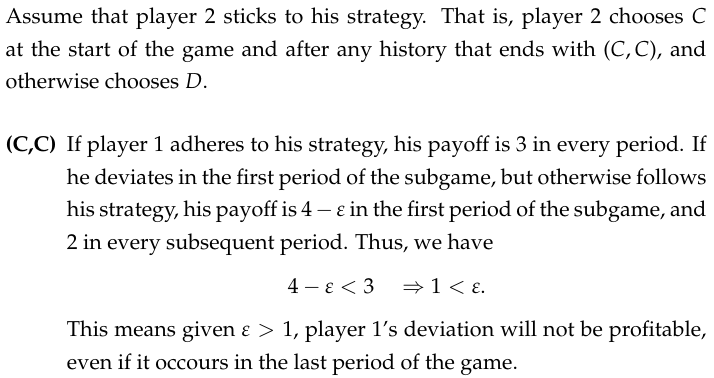 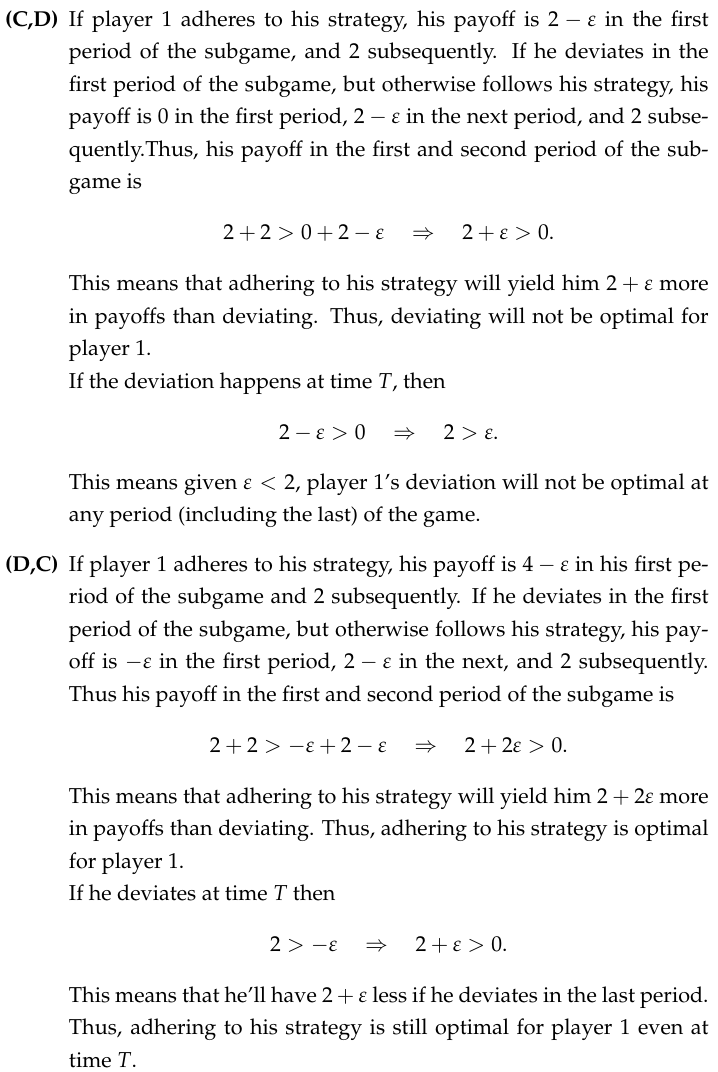 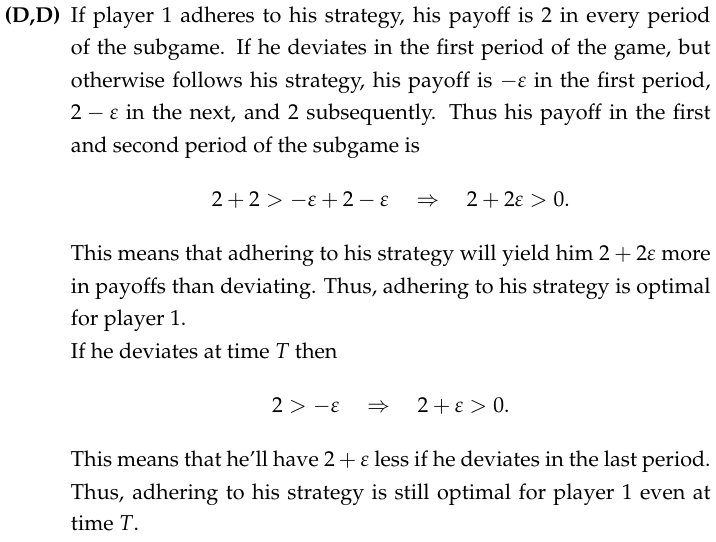 In general, to show that the given strategy profile is subgame perfect, you need to argue that playing $C$ after $(C,C)$ and $D$ after either $(C,D),(D,C),(D,D)$ are optimal.

6
Infinitely repeated game: prisoners' dilemma
4
Dominated Strategies in an Infinitely vs Finitely Repeated Game
5
A feasible rational payoff that is not an equilibrium payoff in the repeated game
3
Payoffs in an infinitely-repeated game with discounting
2
Repeated Game SPNE
2
Simple hawk-dove type super-game
4
NE equilibrium with lobbying of cournot producers
0
How does this reporting correspondence is redefined?
2
One shot deviation principle in games with many players
3
Can a dominance solvable game have a mixed strategy equilibrium?