What exactly is "quantity of money per unit of output"?

It is the quantity of money, measured by money supply of 'near money', divided by the real GDP. You can see that from reproduction of those tables in the:

The Collected Works of Milton Friedman, compiled and edited by Robert Leeson and Charles G. Palm.

Here is a link to chapter from that book which reproduces the lecture and the figure from the lecture. You can see the picture also below (the note under the table makes it explicitly clear Friedman is talking about quantity of money per real GDP. 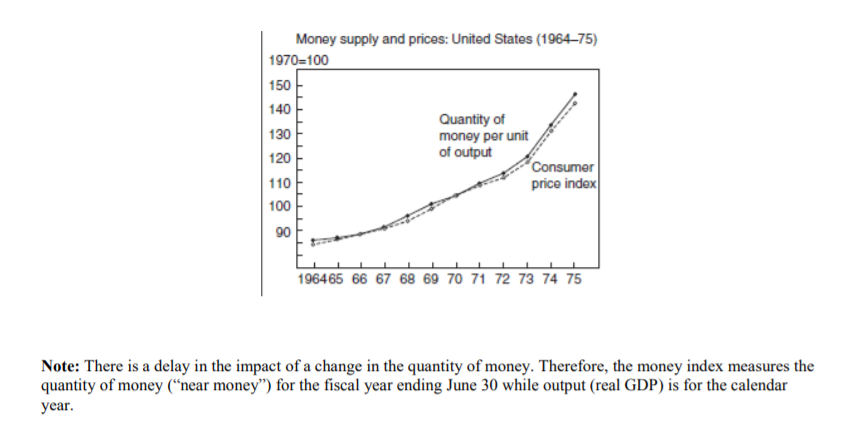 From Money Mischief chapter 8, in a footnote: "For the United States and the United Kingdom, the price index is the deflator implicit in computing real national income... For all the countries except Brazil, money is defined as the counterpart of the total designated M2 in the United States... For the U.S. and the U.K., output is real national income; for the other countries, real gross national product. For the U.S. and the U.K., the data come from Friedman and Schwartz (1982, tables 4.8 and 4.9), extrapolated after 1975 by official data..."

Money Mischief is from the early 1990s. My impression is that older sources would use a narrower money measure, but I never saw evidence of it.

The numerator is nominal; the denominator is real. That's the arithmetic that makes "money relative to output" similar to the price index.

Not the answer you're looking for? Browse other questions tagged inflation quantity-theory-of-money nonexpert or ask your own question.