Payoffs in games with imperfect information can be different? 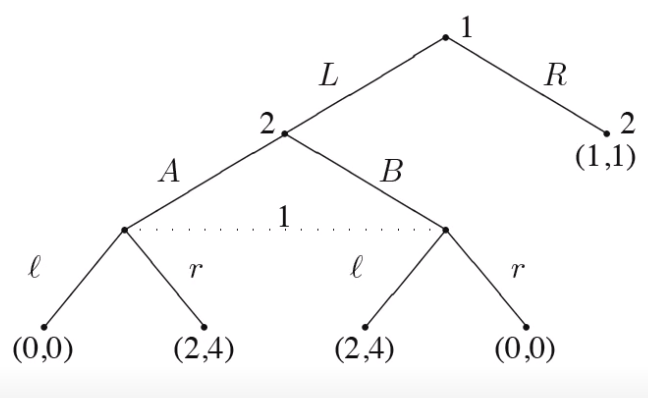 Which appears in Game Theory Online. There is an information set with two nodes for player 1 after player 2 choses A or B. Why player 1 can't distinguish at which node she is by the payoffs of, say $l$? If she recognizes that the payoff of $(0,0)$ corresponds for $l$ after $A$ and $(2,4)$ for $l$ after $B$, doesn't this disambiguate the situation?

Browse other questions tagged game-theory information or ask your own question.