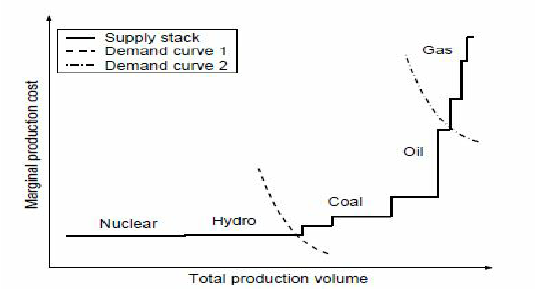 My question is, in what context would it make sense to have a non monotonic supply curve?

I am not an expert in micro theory. This answer is based on my limited knowledge.

In analogy, I conjecture that if there is some externality of production so that a firm's marginal cost depends on other counterparts to some degree, there might be non-monotonic supply curve. But I don't know such a paper. I expect some other experts could give a real example from the literature.

In the context of labour supply. The Wikipedia page on it offers the following explanation:

As wages increase above the subsistence level [...], there are two considerations affecting a worker's choice of how many hours to work per unit of time [...]. The first is the substitution or incentive effect. With wages rising, the tradeoff between working an additional hour for pay and taking one extra hour of unpaid time changes in favor of working. Thus, more hours of labour-time will be offered at the higher wage than the lower one. The second and countervailing effect is that the hours worked at the old wage rate now all gain more income than before, creating an income effect, which encourages more leisure to be chosen because it is more affordable [...], eventually neutralising the substitution effect and causing the backward bend.

Not the answer you're looking for? Browse other questions tagged supply-and-demand markets or ask your own question.

9
Why does quantity supplied increase with price in economics?
1
Questions on supply curve
5
Can Linear Supply-Demand Equilibria Be Understood as a Feedback-Control Process?
2
Why does marginal private cost increase with quantity?
4
Why is the Market-Clearing Price also an Equilibrium Price?
0
Getting a market supply curve from firm supply curve
2
Why are the gas prices so high in the US and why does it depend on OPEC+?