Will economic discrepancy between democratic and authoritarian states decrease over time? [closed]

Ask Question
Asked 1 year, 1 month ago
Modified 1 year ago
Viewed 108 times
-1
$\begingroup$
Closed. This question is opinion-based. It is not currently accepting answers.

The most popular explanation for the economic discrepancy between different states is that in the authoritarian states the leaders need corrupt extractive institution to preserve their power. However, the technological progress makes it easier to retain power and fight with opposition (by using advanced tracking technics like face recognition or by implementing incentives to stay loyal such as social scores in China). Does it mean that leaders of authoritarian states will in future rely less on corrupt subordinates, and, therefore, the negative economic effects will decrease, making the discrepancy between authoritarian and democratic states narrower? If so, will the effect be large?

As you point out, going by the typical doctrine of extractive institutions from Why Nations Fail (Acemoglu), we have this basic framework:

However, I think we may want more granularity here. A functioning capital market acts as a way to have an efficient allocation of resources, facilitating the financing of the "best" projects, theoretically leading to better overall conditions. The similarity between China's macro picture and the developed world is more a function of its progress in capital markets rather than anything else. Extractive institutions can exist in market-oriented economies as well; government structure is exogenous in this sense.

However, what tends to happen in market economies is that blatant abuse of shareholder capital can be met with well-defined and effective laws. The execution of asset manager Lai Xiaomin earlier this year shows a unique angle into the intersection of "authoritarianism" and capital markets. Transparency and enforceability make big differences here. This was also part of the thinking that we see stated in The Principles of the Social Credit System (bear in mind IP theft and even fake food were major problems that China faced in the 90s, leading up to the draft regulations):

"Untrustworthiness is a problematic market phenomenon resulting in both tangible fiscal losses and intangible damage to the growth of the socialist market economy and society as a whole."

Trivium has an excellent paper on the subject for those that want to read more.

In this way, the state has a vested interest in keeping markets reasonably functional and holding violators accountable. With somewhat rational assumptions, the state can make more money the "honest" way as fiscal revenue increases more from a thriving economy than by draconian siphoning off the private sector.

Ultimately, the state finances itself from the private sector one way or another. The question is, can it convey a reasonable pareto improvement for the public by taking in resources. If it's reasonable, the state is likely to continue, but if policy veers into the confiscatory or makes unpredictable moves it may deter growth, using the conventional political economy framework. Whether or not emerging technologies like facial recognition and credit scores will allow the perpetuation of a dictatorship is certainly possible, but its ability to narrow the gap with modern economies is questionable.

Again, the answer is it depends. If the states with the next-gen policy tools you envision are simply high-tech command economies, then, no -- throwing tech at it won't solve resource allocation problems. The absence of mature markets would still create big discrepancies. On the other hand, if we have authoritarian regimes with a functional capital market, then the greater visibility into the private sector could theoretically help the state optimize its rent seeking. 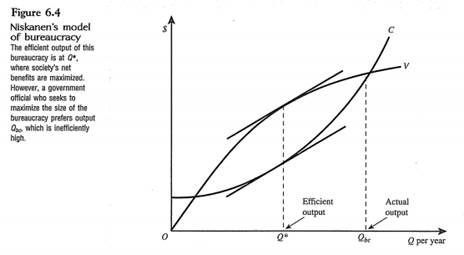 Not the answer you're looking for? Browse other questions tagged economic-growth political-economy development-economics institutions or ask your own question.