Today the US inflation target is roughly 2%. However in 1974 the inflation rate was 11% and in 1980 it was 13.5%. What monetary policy did they follow at that time that allowed the inflation to rise to these levels? 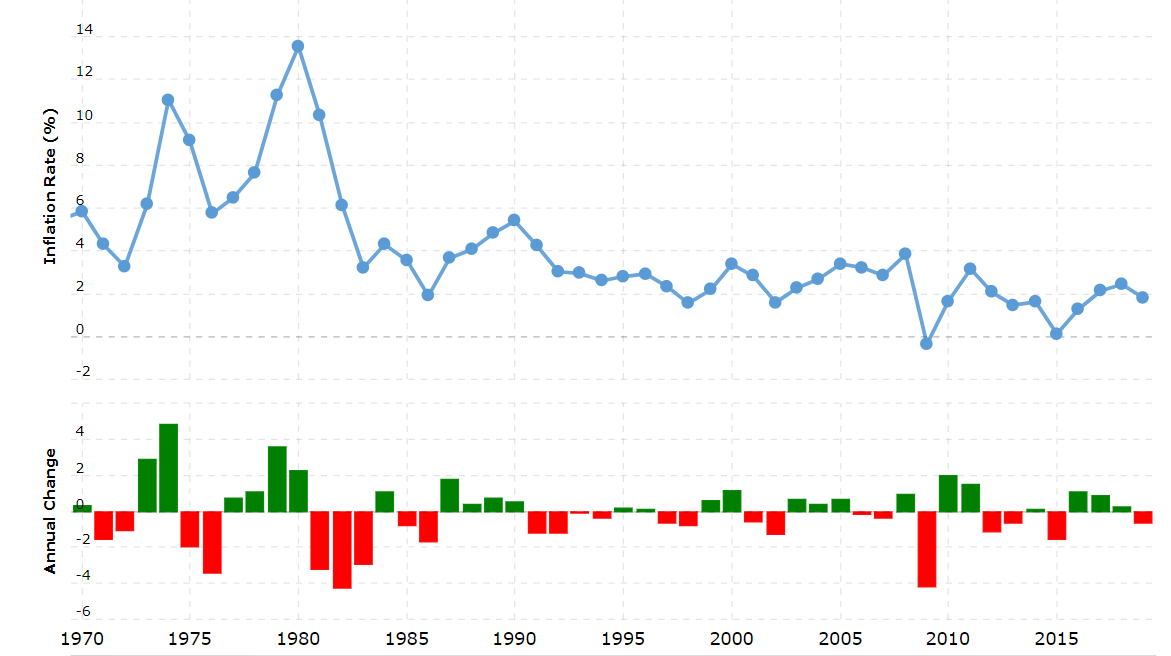 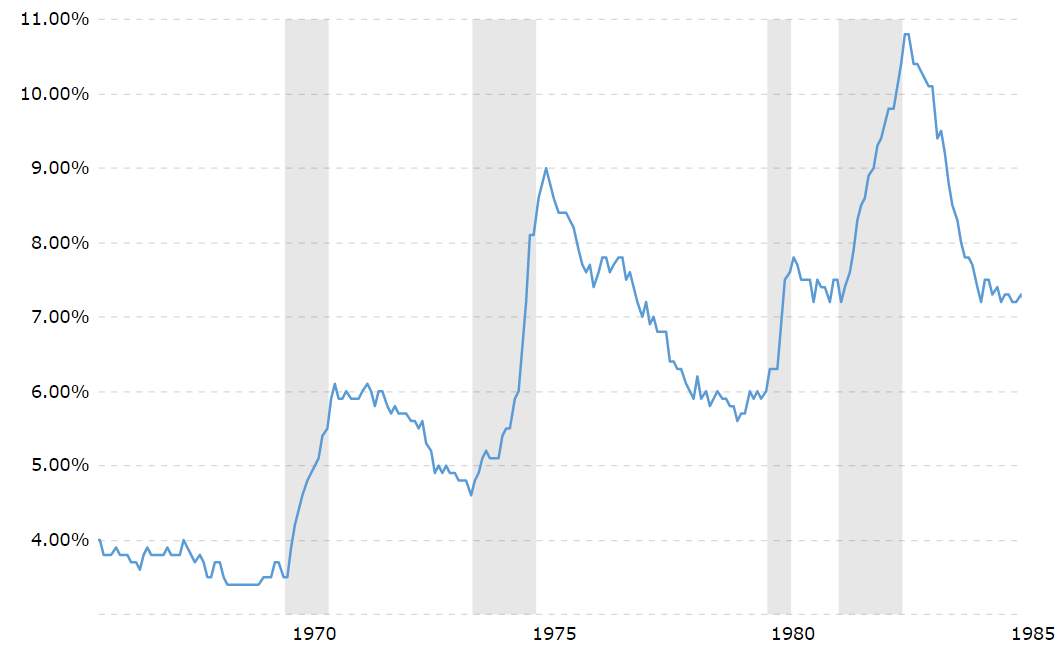 monetary-policy nonexpert history united-states
Share
Improve this question
edited May 3 at 16:02
Andy
asked May 2 at 16:05

In the 70s U.S. Fed policy was in disarray and Fed was not following consistent monetary policy (at least not by present day standards). Generally monetary scholars characterize the Fed monetary policy in the 70s as "go-stop" policy. As argued by Goodfriend (2007):

At the heart of the disarray in monetary policy practice in the 1970s was the tendency for a central bank like the Federal Reserve to pursue “go-stop” monetary policy. Go-stop policy was a consequence of a central bank’s inclination to be responsive to the shifting balance of public concerns between inflation and unemployment. The central bank would stimulate employment in the “go” phase of the cycle until the public became concerned about rising inflation. Then aggressive interest rate policy initiated the “stop” phase of the policy cycle to bring inflation down, while unemployment rates moved higher with a lag. Public support for interest rate increases evaporated once the unemployment rate began to rise, so it was politically difficult to reverse a higher inflation rate.

Wage and price setters learned to take advantage of tight labor and product markets in the “go” phase of the policy cycle to make increasingly inflationary demands, which neutralized the monetary stimulus. As a result, central banks became ever more expansionary in the pursuit of low unemployment. Lenders demanded ever-higher inflation premia in bond rates which moved higher and fluctuated widely. By pursuing low unemployment and fighting inflation only when it became the predominant public concern, central banks then increased the volatility of both inflation and output.

Other factors contributed to the disarray in monetary policy in the 1970s. In the 1960s, the widespread belief in a long-run Phillips curve trade-off between inflation and unemployment inclined central banks to allow inflation to drift upward in the hope of achieving a permanently lower level of unemployment. Also, the productivity growth slowdown of the 1970s caused central banks like the Federal Reserve to overestimate noninflationary potential output (Orphanides, 2003). Oil price shocks that occurred in 1973 and 1979 – 80 worsened the inflation problem, although neither of the oil price shocks produced the 3 percentage point increase in U.S. inflation that occurred in the 18 months prior to Paul Volcker becoming Fed chairman in August 1979.

Not the answer you're looking for? Browse other questions tagged monetary-policy nonexpert history united-states or ask your own question.