Why do we call certain linear (affine) demand curves "elastic" or "inelastic" even though PED varies along the slope of an affine function?

I get that PED varies along linear (strictly speaking, affine) demand curves in a way that for a demand function $Q(P)=\alpha - \beta P$:

However, in many textbooks, it says a demand curve is elastic/inelastic (e.g. Mankiw): 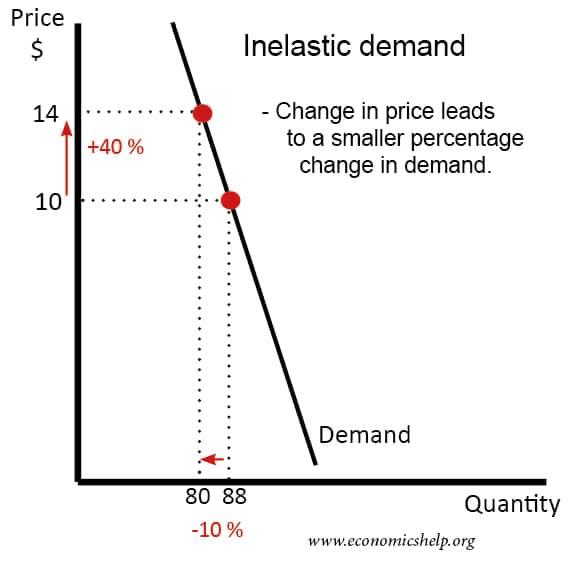 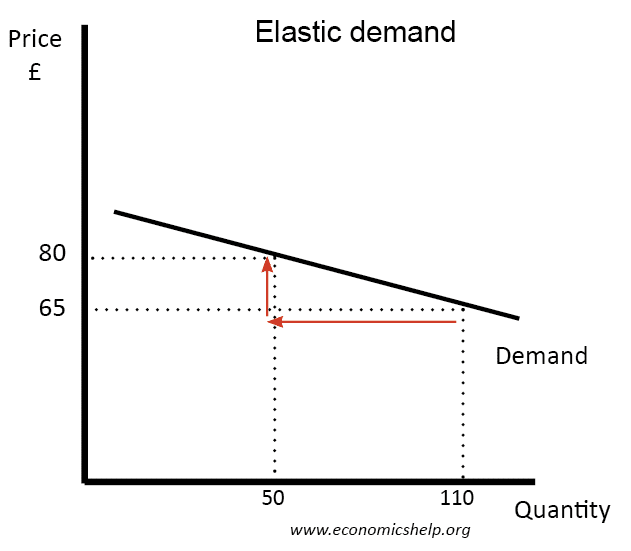 How does that make sense if the PED varies along affine demand curves? Why do they speak of "inelastic" vs "elastic" demand while referring to a whole demand curve? What sort of elasticity are they referring to?

(I know there are non-linear/non-affine demand curves such as those resulting from Cobb-Douglas-preferences, or, more generally, that have the following form: $Q(p)=Ap^{\epsilon}\ \forall\ A \gt 0 \land \epsilon \lt 0$, where PED is constant or iso-elastic but I'm referring to affine/linear demand curves only).

You are right that this is a bit of an abuse of a terminology textbooks do but it is actually not without any sense at all.

Now, taken literally this does not make sense as both 1 and 2 are elastic at some prices but inelastic at others. However, note if you compare elasticity between these two functions point for point:

Granted this is a sort of misnomer, a more correct way of stating this would be to say that at relevant price range demand 1 is relatively more elastic to demand 2, but that is quite a mouthful, it is easier just to say demand 1 is more elastic to demand 2. However, you are right this is not very rigorous terminology but undergraduate textbooks are less rigorous in general, in graduate texts this sort of terminology is not used anymore widely and terms are more precise.

Not the answer you're looking for? Browse other questions tagged microeconomics mathematical-economics elasticity or ask your own question.

7
Intuition - Why does elasticity vary along a curve?
2
Why does strictly Walrasian demand with quasi-concave utility function mean that the walrasian demand having only one single consumption bundle?
3
Why is the graph of unitary elastic demand a hyperbola?
2
Is saying that the demand is elastic or inelastic too oversimplified?
0
Slope vs elasticity of demand function - Is it the same thing?
1
Is it true that for Cobb-Douglas preferences, the demand function is always iso-elastic?
1
Applicability of the linear demand function
1
Slope of linear demand curve and price elasticity regions along the curve