I am supposed to answer a question in my economics class and was wondering if someone could explain it out for me. The question is,

What is the effect of an increase in the expected inflation rate on the loanable funds market?

This question goes against what I was taught. I was taught about the Fisher Effect where the real interest rate is not effected by changes in expected inflation and that the quantity of loanable funds does not change with this rise in effect inflation. So, my instinctive answer upon reading the question would be to answer no effect on quantity or real interest rate and that there would be a rise in nominal interest rate. However, this was a multiple choice question and that wasn't even close to one of the answers.

I think I got the answer right by saying

It decreases the demand for loanable funds, thereby increasing the nominal interest rate.

How is this rationalized?

In a standard diagram, and with supply curve assumed unaffected, your answer appears strange: since when a "decrease in demand" (shift to the left of the demand schedule), leads to an increase in the equilibrium price? Intuitively, when customers start to demand less for any given price, this will lead to a lower equilibrium price, not higher. But the second part of your answer asserts that the price, i.e. the nominal interest rate, will increase due to this downward shift in the demand schedule.

Before any re-equilibrium effect, a rise in expected inflation reduces the real interest rate that prospective borrowers face. They may pay the same nominal interest rate, but the financial burden is smaller, due to the inflationary expectations: loans have just become cheaper, in real terms (while the current purchasing power they represent has not been affected). 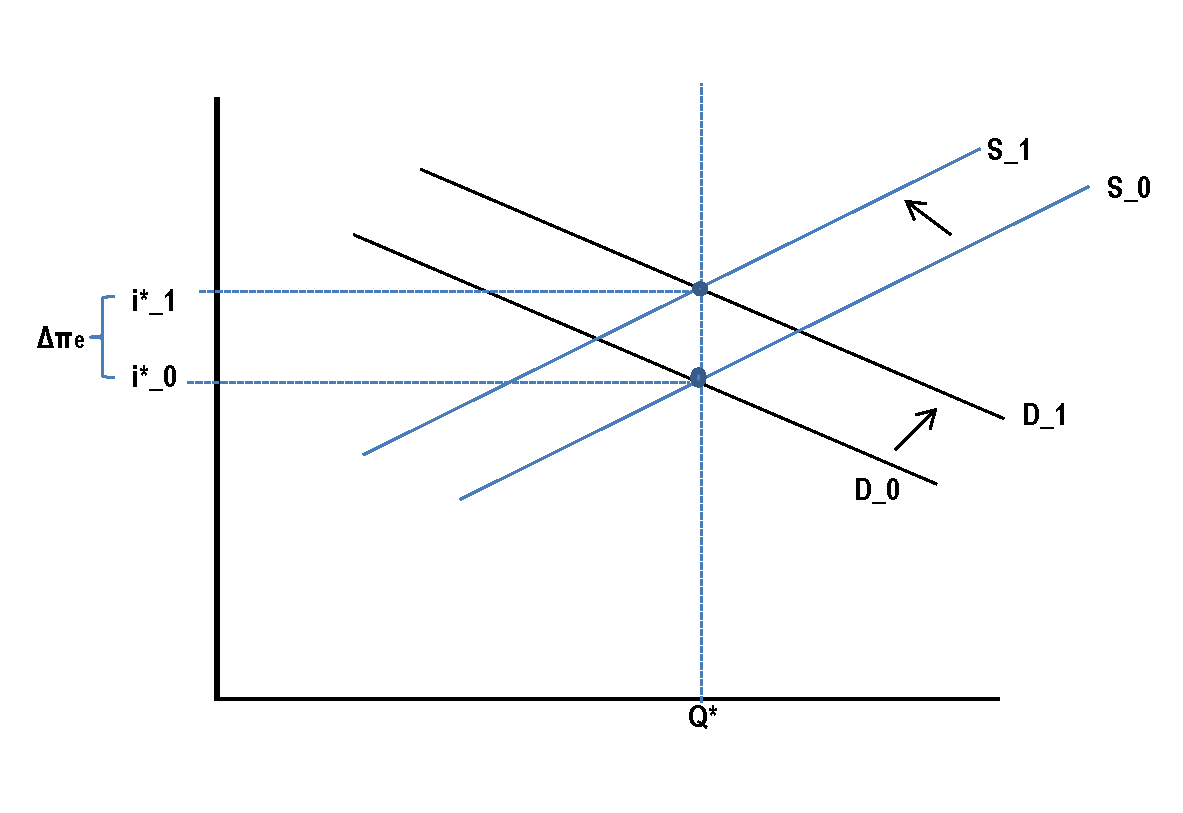 If no choice reflecting the above effects was given to you, and if "none of the above" was not an option, then the question was deficient, or it postulated some additional assumption.

1
Fisher Effect vs Quantity Theory of Money and how an increase in the money supply lowers interest rates?