Simple question about "Buffet Indicator", but more like a question regarding the economic indicators in general.

But as stated in the title, the market cap has daily frequency whereas GDP has at least quarterly frequency. This means that until the next quarter's GDP is announced, all daily market cap will be divided by the very same GDP announced before and on the date when the new GDP is announced in the end of the quarter, suddenly the denominator changes dramatically.

I feel like this kind of different frequency can cause big spikes on the bordering date, i.e: whenever the new GDP is announced.

Thus, a simple forward fill doesn't seem like a good idea. How do some indicators that mix up frequencies like Buffet Indicator stay relevant despite this flaw?

It is generally true that indicators constructed that way (higher frequency on top) can and do jump when GDP (or another lower frequency denominator) is released. This can be an issue in some use cases, so these indicators are not perfect, but in they are still useful in many cases. 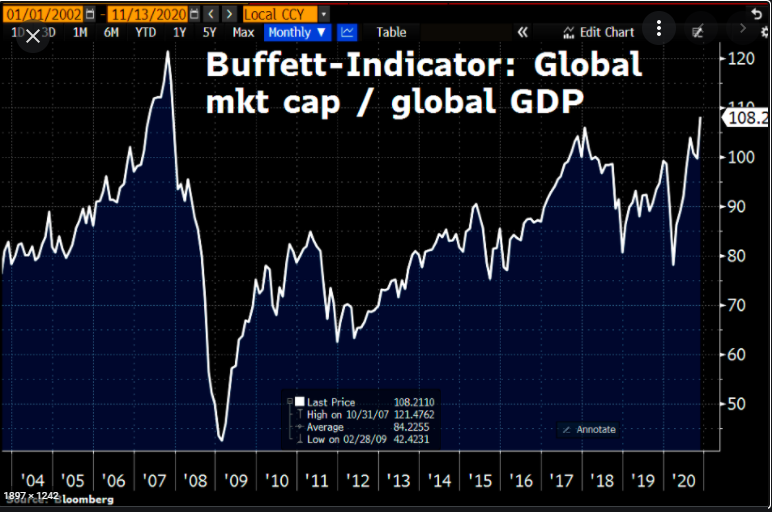 Not the answer you're looking for? Browse other questions tagged gdp stock-market price-index or ask your own question.

15
When a stock market crashes, how does money just disappear?
2
Does constant market cap imply reversion to the mean
2
How does borrowed money affect GDP?
5
How is the GDP growing when nothing else seems to be?
2
What does it mean when R&D is "3% of GDP"?
0
How to calculate Real GDP from quarterly change
1
How does the GDP multiplier work?
0
Why is the Stock Market Cap / GDP ratio on FRED well out of date?
0
How does FRED Quarterly Real Gross Domestic Product and USA GDP growth rate match?