Can an increase in demand indirectly lead to a decrease in average price due to economies of scale?

Let's say firm A produces a very niche product, that requires them to handcraft each product, and because of extremely expensive and skilled labor the production costs are extremely high. Firm A has a monopoly on that niche product. Suddenly, there is an increased demand for whatever reason for that product (the graph does not indicate a major increase in demand for the purposes of illustration, but lets say the quantity demanded at a certain price has increased by 1000%). This can be illustrated by the following graph: 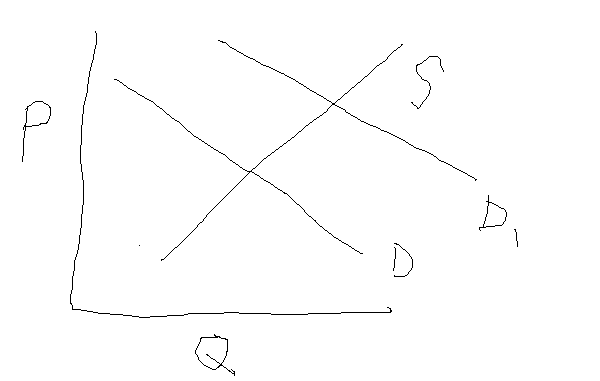 Now basic economics (and intuition) tells us that as more people will be willing to buy the product at a higher price point, the product's average price would increase due to market forces, and so would the quantity produced of the product.

However, this product is not niche any longer. Firm A is now selling hundreds of thousands of products (all handcrafted), at an extremely high price per product. That increases the profit of Firm A and allows Firm A to make more investments, into machinery which allows the product to be produced at a cost of production close to 0. This will happen because of economies of scale, as more is produced, the cost of producing each product will decrease, as depicted below: 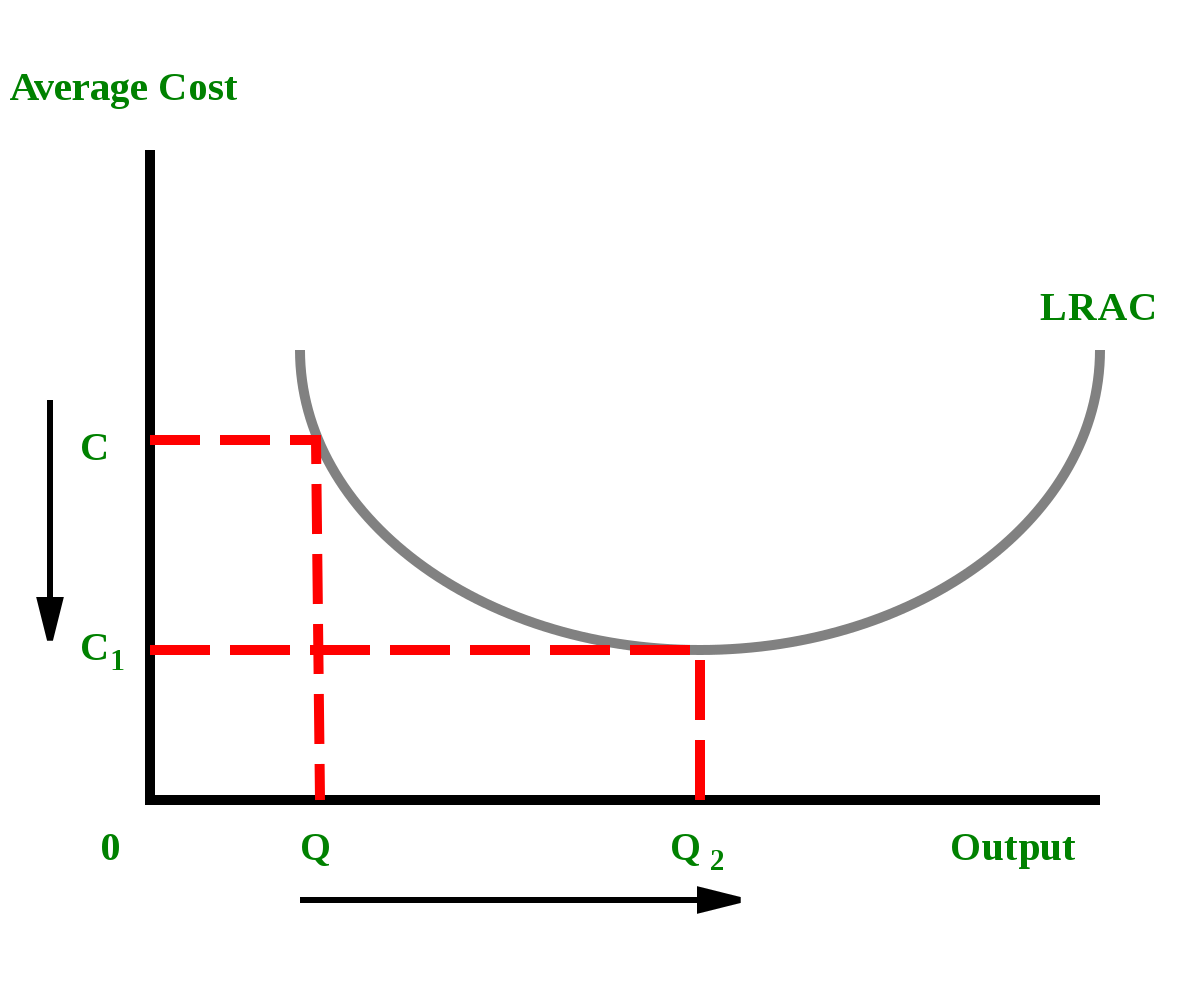 Now because of the improved machinery and thus decreased cost of production, Firm A is now able to produce hundreds of thousands of more products at the same price level. This can be represented by a shift in the supply curve towards the right: 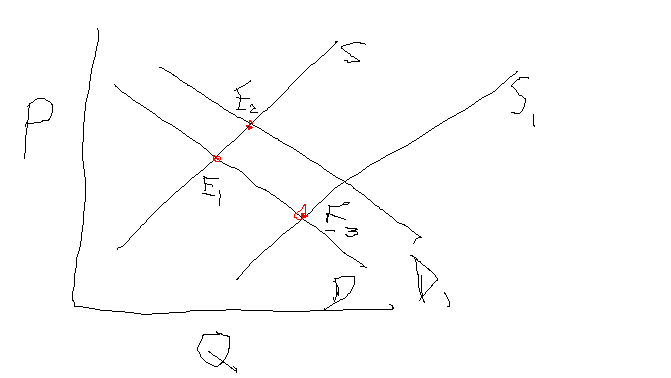 This tells us that after the company has invested in machinery and has decreased their cost of production, the point E3 which is the new equilibrium will actually have a cost lower than what it was initially (E1) and has a dramatically increased number of items produced than both E1 and E2. So indirectly, an increase in demand has led to the product's price decreasing.

My question is, simply is this possible? Or have I been thinking wrong about this the whole time? Are there any real world examples of this phenomena occurring?

NOTE: This whole idea came to my mind when I thought of a niche product that was extremely expensive, and thought that if more people bought it, the price would decrease because the producer will be able to afford better factors of production to make the product. However, this was counterintuitive to what I learnt in economics class! So I decided to ask this question here.

Browse other questions tagged supply-and-demand nonexpert economies-of-scale or ask your own question.

4
How helpful is Hotelling's Rule in determining the price of oil?
1
increased demand but no increase in price?
7
Can a monopoly INCREASE the market surplus compared with a competitive market?
1
Economies of scale: when is it disadvantageous?
1
If price increases and quantity remains the same can we infer that demand is perfectly inelastic?
0
Increased production costs associated with increased output produced? Why do firms have prices increase with the SRAS or Supply Curve?
0
Increase in the price of skateboard wheels cause a decrease/no change in the demand of skateboards? (2 separate markets w/ 2 separate buyers)
1
Question about the Law of Supply
1
Why does supply equal demand? Problem if large increase of price, decreases demand only by a bit