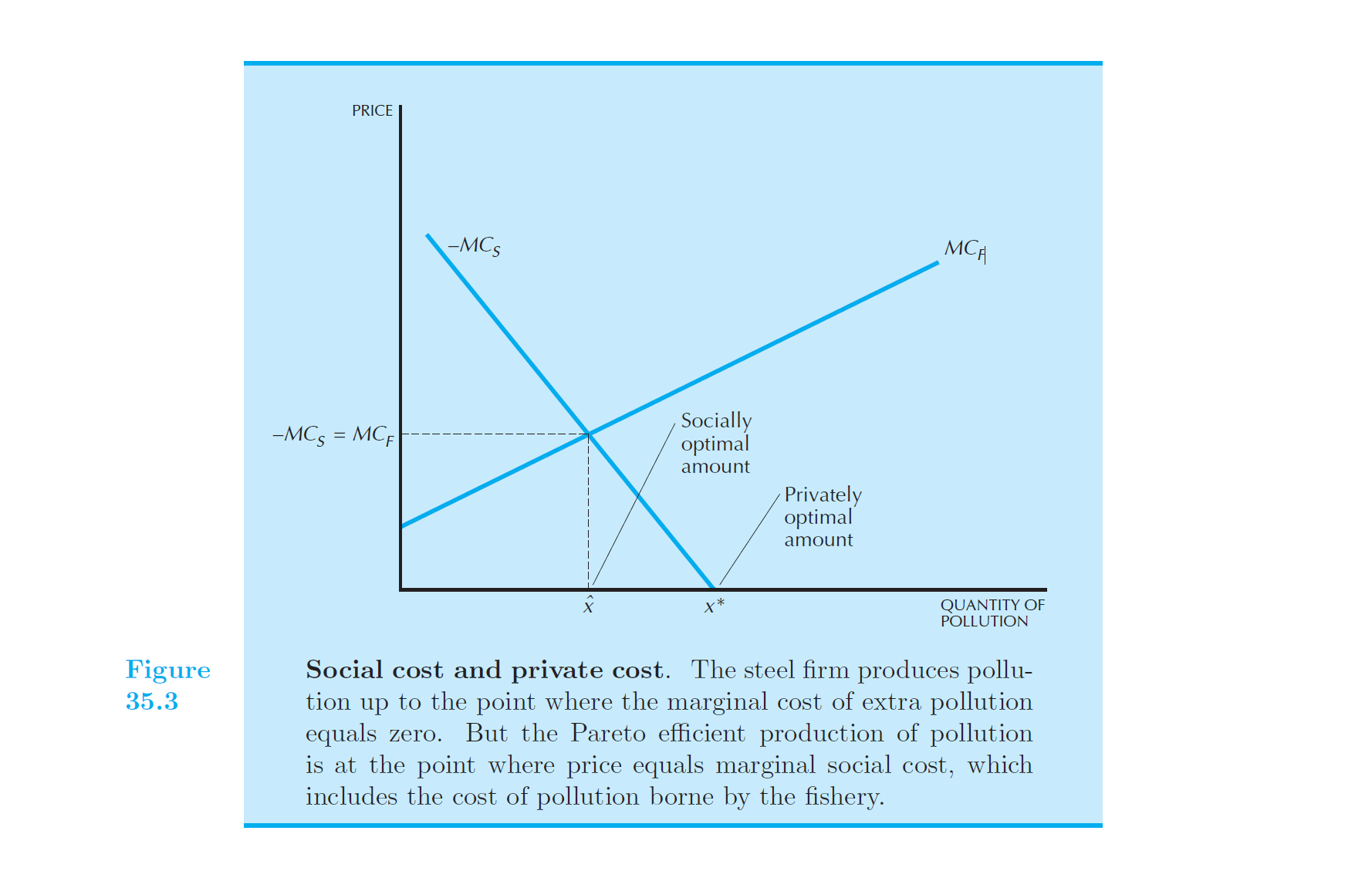 I remember clearly my lecturer said this graph is wrong several years ago, but I cannot remember the argument exactly why is this wrong. Then I'm trying to replicate the reasoning with my own graph attached. 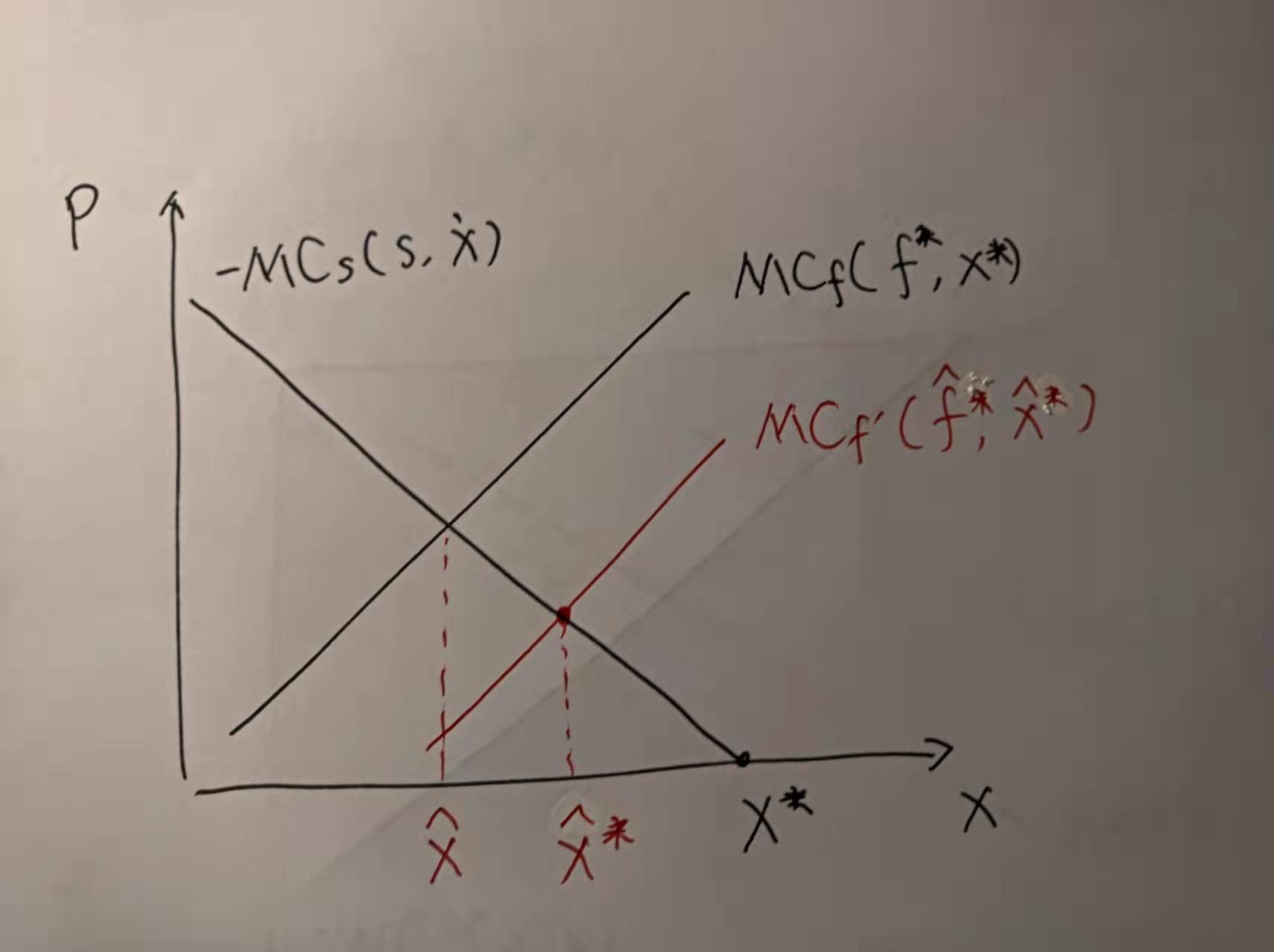 Please have a look if my argument makes any sense to you.

Therefore, the true social optimal pollution should be $\hat{x}^*$ in my graph.

Thank you for any comments

I wouldn't say that Varian's diagram is wrong: it's more that his explanation of the $MC_F$ function (see 34.3 on p 652) is incomplete (and to be fair textbooks do sometimes need to simplify matters in order to focus on key points).

This is how I would analyse the effect on the fishery of changes in the quantity of pollution. The fishery's profit function is:

Taking the total differential with respect to pollution $x$:

Within the right hand side of (3), the third component is the direct effect of a change in pollution on cost (which is what Varian's 34.3 shows). The other two components are indirect effects of a change in pollution through their effect in changing the profit-maximising volume of fish production $f$. That there must be such an effect can be inferred from the profit-maximising condition for the fishery (cf Varian p 651):

If the intersection of the lines in Varian's diagram is to determine the Pareto-optimal quantity of pollution, then the $MC_f$ line should be interpreted as in (3) above.

Not the answer you're looking for? Browse other questions tagged microeconomics public-economics welfare-economics environmental-economics or ask your own question.