Why did Germany not suffer from Great Inflation in the 1970s/80s?

Comparing the inflation rate of some of the industrial countries around 1975 (Great Inflation) in between the two oil shocks of 1973 and 1979/80, it seems odd that most countries' inflation rate was very high at around 22%, whereas Germany does not seem to have suffered from such a high rate (at most 7% which is quite low compared to the others): 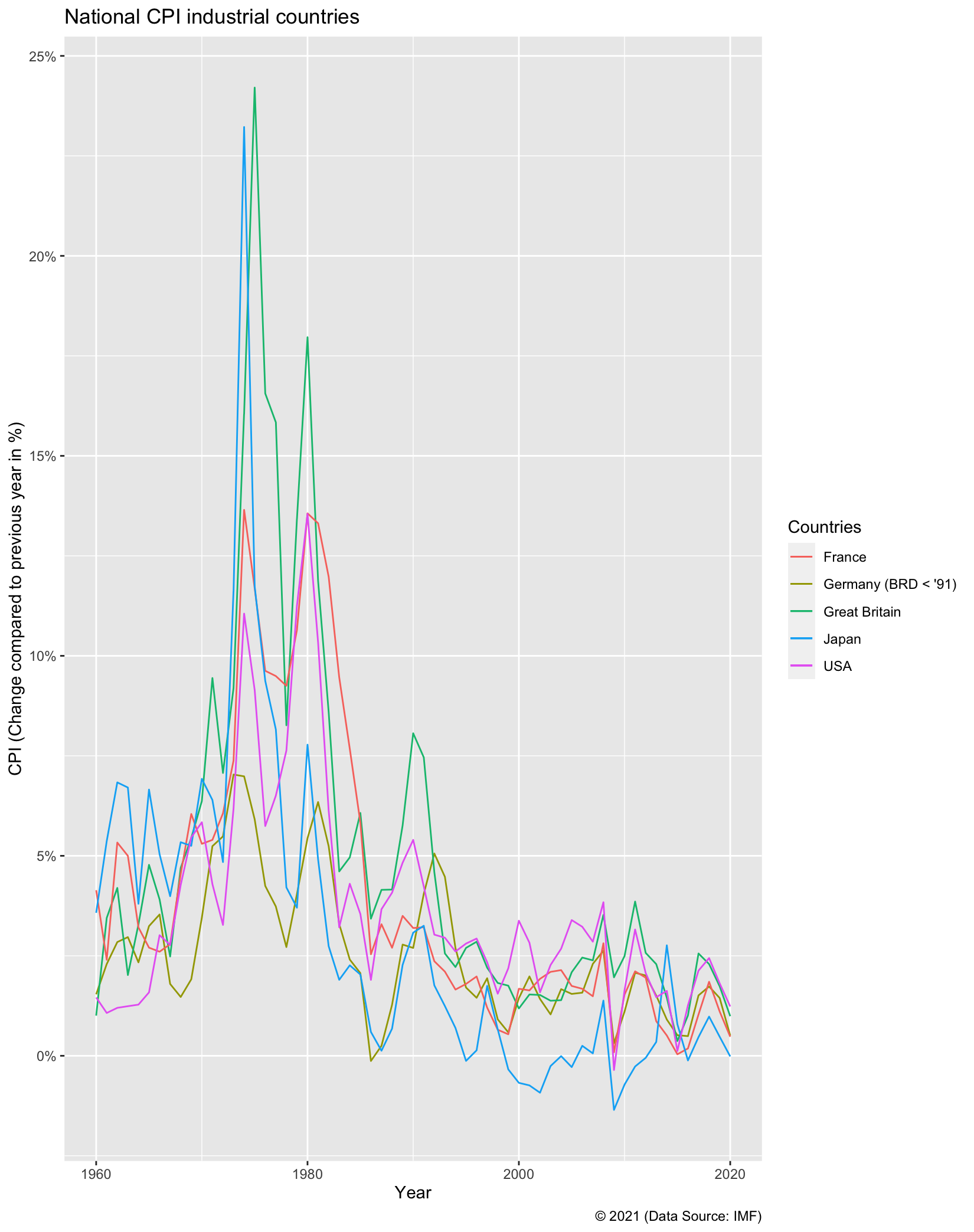 Why is that? Are there any reasons for that, f.ex. due to Germany leaving the Bretton Woods System in 1973? What are some reasonable explanations?

There is actually a paper on this topic by Beyer et al (2009) titled ‘Opting out of the great inflation: German monetary policy after the breakdown of Bretton Woods’ that exactly addresses your question.

As the authors explain:

During the turbulent 1970s and 1980s the Bundesbank established an outstanding reputation in the world of central banking. Germany achieved a high degree of domestic stability and provided safe haven for investors in times of turmoil in the international financial system… We derive an interest rate rule and show empirically that it approximates the way the Bundesbank conducted monetary policy over the period 1975-1998. We compare the Bundesbank's monetary policy rule with those of the FED and of the Bank of England. We find that the Bundesbank's policy reaction function was characterized by strong persistence of policy rates as well as a strong response to deviations of inflation from target and to the activity growth gap. In contrast, the response to the level of the output gap was not significant.

Basically, to sum up and bit oversimplify the paper, it was thanks to Bundesbank’s masterful use of inflation expectation anchoring as well as pursuing relativity tight monetary policy.

Moreover, Germany was viewed as a safe country for investors so it had capital inflows that also helped.

Not the answer you're looking for? Browse other questions tagged macroeconomics inflation economic-history germany or ask your own question.

16
Should Finland leave the eurozone?
5
If Germany is the largest exporter, why do Chinese products pervade the the US market?
2
Is there consensus on why inflation is not rising?
1
Why is price dispersion from Inflation called relative price “distortion”?
1
Why did foreigners keep buying Swiss francs at -41% (not a typo) interest rate in the 1970s?
1
Why did Germany use hyperinflation to free itself from an external debt?
1
How did the silver standard "insulate" China from the beginning of the Great Depression (1929-1931)
7
Why does the inflation not follow the money supply?