How do we know that inflation derives from supply chain issues and not from monetary expansion of Central Banks?

Everybody is talking about the fact that the current inflation derives from problems on supply chain distribution but Fed also printed tons of money.

How can they affirm that inflation is from supply chain problems and not from monetary expansion?

Where M is money supply, P price level Y real output and i interest rate. Inflation is change in P and both decline in Y and increase in M can cause inflation.

However, that does not mean that monetary policy has no effect. Other countries currently also experience supply chain issues and different countries have widely different inflation rates. If nothing else any central bank could reduce inflation by tightening monetary policy and hiking interest rates if they would want to.

Inflation can be caused by a significant increase in the money supply and credit expansion. If this increase is not accompanied by a corresponding increase in the supply of goods in the market, commodity prices will inevitably rise. This can happen directly, by increasing the amount of money issued by the competent state authorities (central bank). It is done indirectly through the issuance of government bonds or other bonds and their sale to the banks, which use these securities to raise money from the central bank. Monetary expansion can also be caused by the multiplier operation of the banking system.

Inflation can also result from a strong increase in active demand. In this case, price increases are a result of increased demand relative to supply in an economy, especially because supply has very little or no elasticity, due to the full employment of available means of production and technology. The more inelastic the supply, the higher the inflation.

Inflation can also be caused if there is an increase in production cost data. This type of inflation is due to the weaknesses and distortions of the market mechanism, but also of the state mechanism. Among the factors that favor cost inflation are oligopoly practices, low labor productivity, wage increases at a faster rate of productivity growth, high tax burden, rising commodity prices, and so on.

The state can contribute to the creation of demand inflation through measures of expansionary fiscal or monetary policy, when the latter lead to an increase in demand, without a corresponding increase in supply. Also, an increase in indirect taxation could set prices up.

Finally, inflation can be imported, that is, caused by an increase in the prices of imported goods, external demand or the inflow of liquidity

Spending on retail sales surged in the first quarter of this year:

and was immediately followed by acceleration in consumer prices 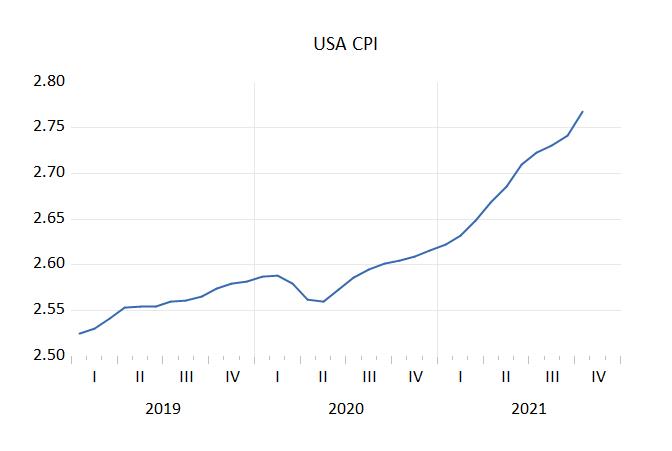 I suppose it is possible that monetary policy was the cause, but it seems awfully coincidental that it occurred right after a massive increase in spending.

Not the answer you're looking for? Browse other questions tagged macroeconomics inflation monetary-policy money-supply or ask your own question.

4
Why doesn't the government create money, spend it for free without interest, and recollect it with taxes?
0
tariffs and inflation
2
How important are capital requirements for controlling broad money supply?
3
Why has M1 grown a lot faster than M3 after the financial crisis?
0
Ambiguity on a relation between inflation, interest rates, and central banks
0
What is the point of monetary policy if most monetary variables are determined by non-monetary factors?
3
Do open market operations permanently increase the money supply?
3
How can the Fed enforce exit criteria if they begin yield curve control?