This is an old exam question I can't figure out. 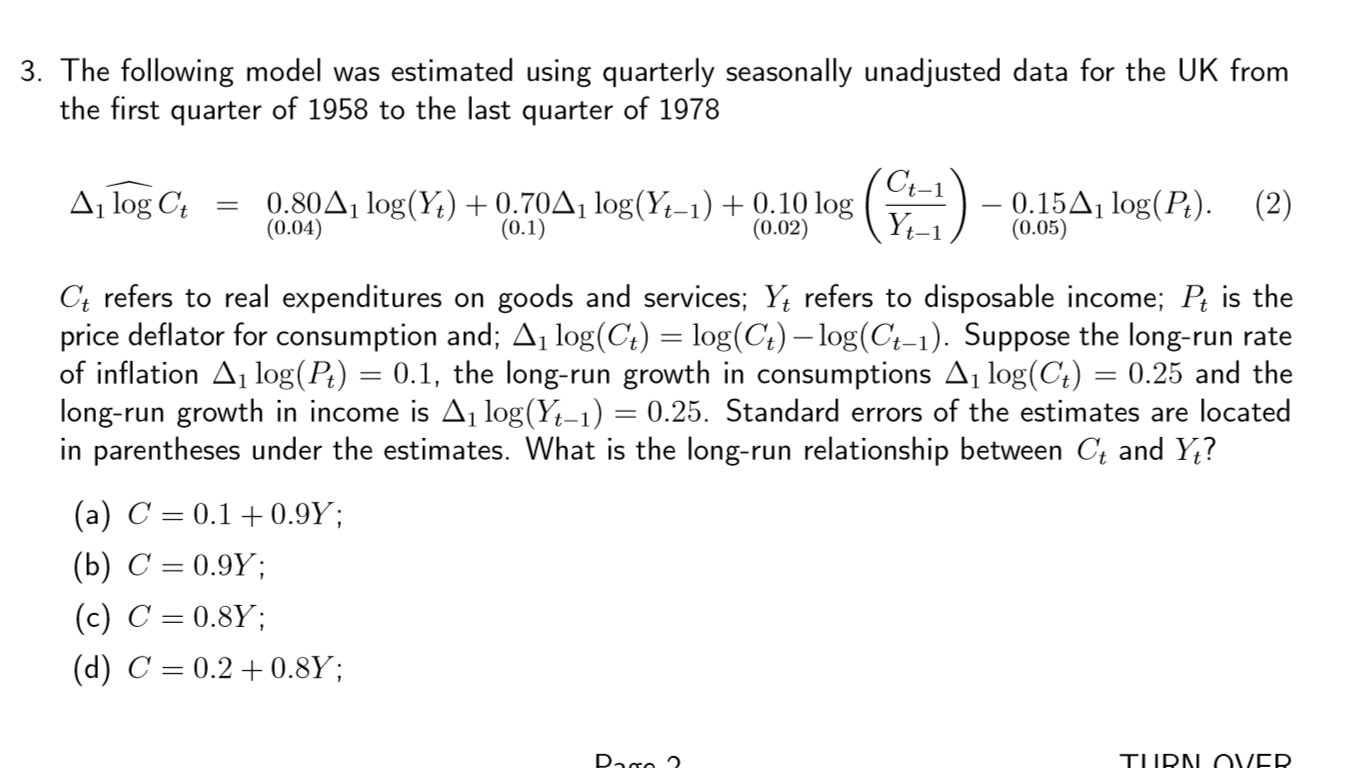 Ok. Let's answer this without answering. Your moral obligation to this community, in case it matters to you, is to report back with your work and your answer.

1) In Economics we use the difference of natural logarithms to express (approximately) something specific. It is essentially stated in the body of the exercise.

2) An estimated relation through regression is essentially an estimation of the expected value, which in turn can be thought of as some long-term average. So don't you think it should validate the assumed long-run values given in the exercise?

The final step will require remembering your answer in 1).

ADDENDUM April 7th
Now that the question came to its proper home, and a two-weeks interval has passed, let's complete this:

Given the estimated relationship, in order to be consistent with our model, we accept that this relationship will also hold in the long-run. In the long-run some magnitudes are constant. Which ones, in our case? We are told that the long-run growth rate of Consumption and of Income are the same, constant, and equal to $0.25$. This means that in the long-run we will have the equalities

...since the difference of natural logs approximates the growth rate.
Given these, and given the estimated long-run inflation that is given and equal to $$\Delta \log P_{t} \equiv \pi = 0.1$$ the long-run relationship is transformed into an equation with a single unknown, $C_t/Y_t$. Specifically, we have, making first symbolic and then numerical substitution:

At this point, it appears that the "old exam question" made a mistake, because the choices given for answering seem to "ignore" the existence of the coefficient $0.1$ attached to $\ln(C_{LR}/Y_{LR})$.

But with the coefficient $0.1$ present we obtain

which is not given as an option.

6
How to specify a Diff-In-Diff Regression with multiple time periods?
6
How do I begin to approach this dynamic discrete choice model?
0
How to determine correct fixed effects in linear regression model using unbalanced paneldata
0
The relationship between profit and wages
0
How do I run a regression with the restriction that one set of parameters are proportional to another?
1
How to interpret this regression coefficient?
1
Finding consistent but inefficient GMM estimate