Ray dalio in his video "how the economic machine" claims the economy works in cycles. Specifically, he claims there is a short-term and a long-term debt cycle. 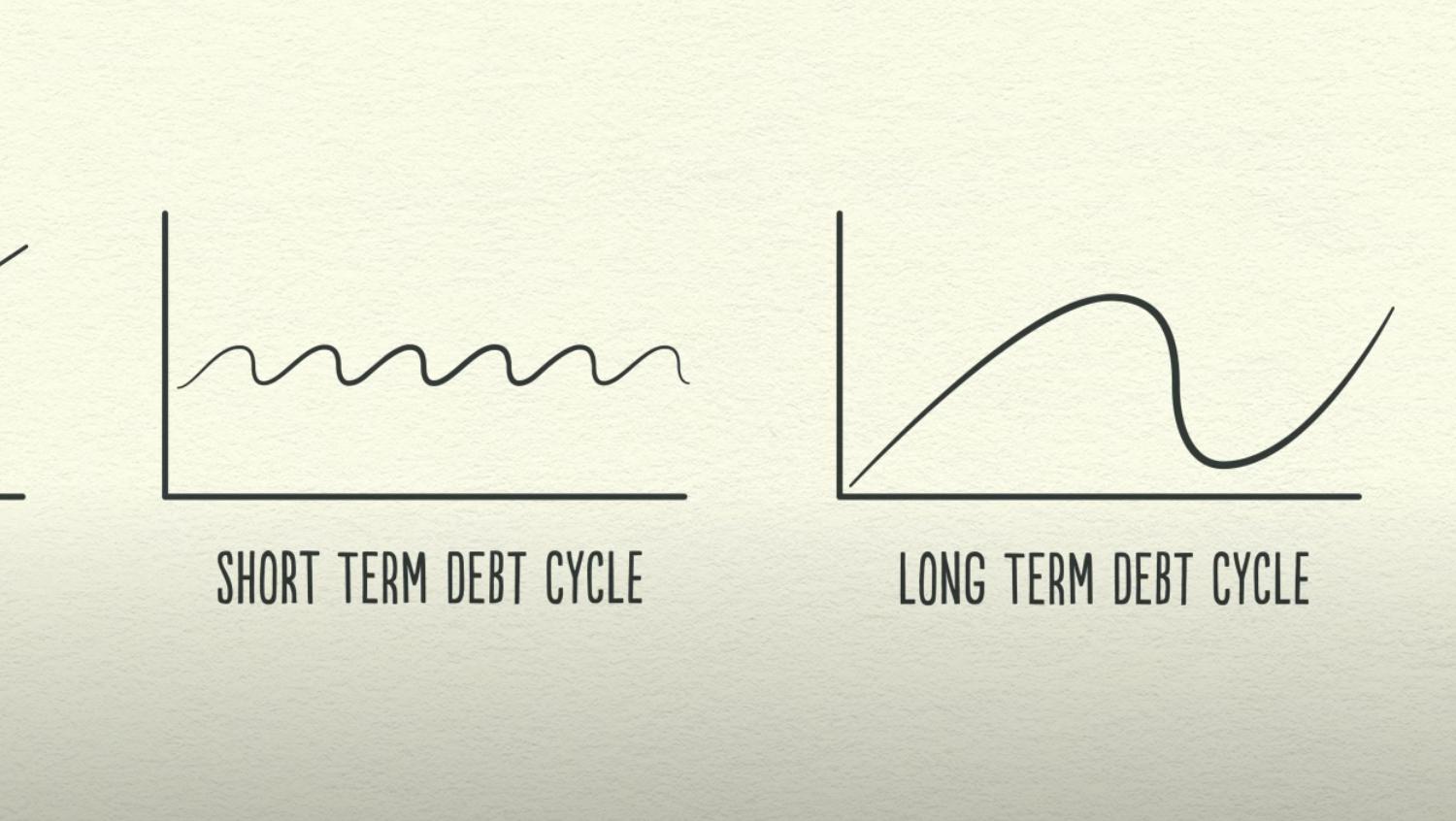 Is there any data to support this? Couldn't find any references in his video.

macroeconomics debt
Share
Improve this question
asked May 9 at 20:54

There is some evidence for debt cycles e.g. see works of Minsky (1987), Suter (1992) or Dafermos (2017). However, there isn't distinction being made between short and long-term debt cycles like in the video. Also economy does follow cycles around its long-term growth path but those are business cycles not debt cycles.

In economics, what the video author calls 'debt cycles' would be considered business cycle, since the author defines these debt cycles as fluctuations around steady growth path of an economy and in economics we call that business cycle (see Blanchard et al Macroeconomics an European Perspective pp 183).

There are some theories, like the theories of above mentioned Minsky, that business cycles are caused by instability created by overleveraging. There is support for such idea in some cases. For example, Great Recession of 2008 or Great Depression of 1929 are claimed to be an example of this as excessive leverage played role in both crises. However, I do not think there is any serious economist who would believe that all business cycles are driven by debt (e.g. oil shocks of 70s, Covid19 or Russo-Ukrainian energy shocks are clearly not driven by debts and would cause severe recessions even in counterfactual world where governments and households are not much leveraged). Furthermore, I do not think most economist would even say that leveraging causes most crises, rather often leverage is correlated with business cycles, but sometimes it can cause recessions.

Not the answer you're looking for? Browse other questions tagged macroeconomics debt or ask your own question.

2
Hypothetical Long-term Business Cycle
0
What analysis has been done to predict the next big financial crash?
0
Why have trickle-down economics failed to trickle down to the middle-class and poor in recent years?
0
Long-,short-term interest rates and inflation
1
Are there economic models that predict (only) a medium/long-term negative effect of protectionism?
3
Is there any mainstream criticism of the Benes-Kumhof conclusion that the Chicago Plan would improve the US economy nowadays?
0
How will economy find long-term equilibrium in AD-AS model in case of a negative supply shock?
-1
What was Debt Burden in 2008?