i recently ran a regression with fixed effects. As expected, STATA removed one of the dummy-variables, as well as every time-invariant variable (educ). My question is now. Why does STATA also removes the Dummy from 1987? Whenever i remove 'jobexp' from the model, 1987 is included again? My guess is a strong (perfect) multicolinearity. But how do i test for it? Any ideas? 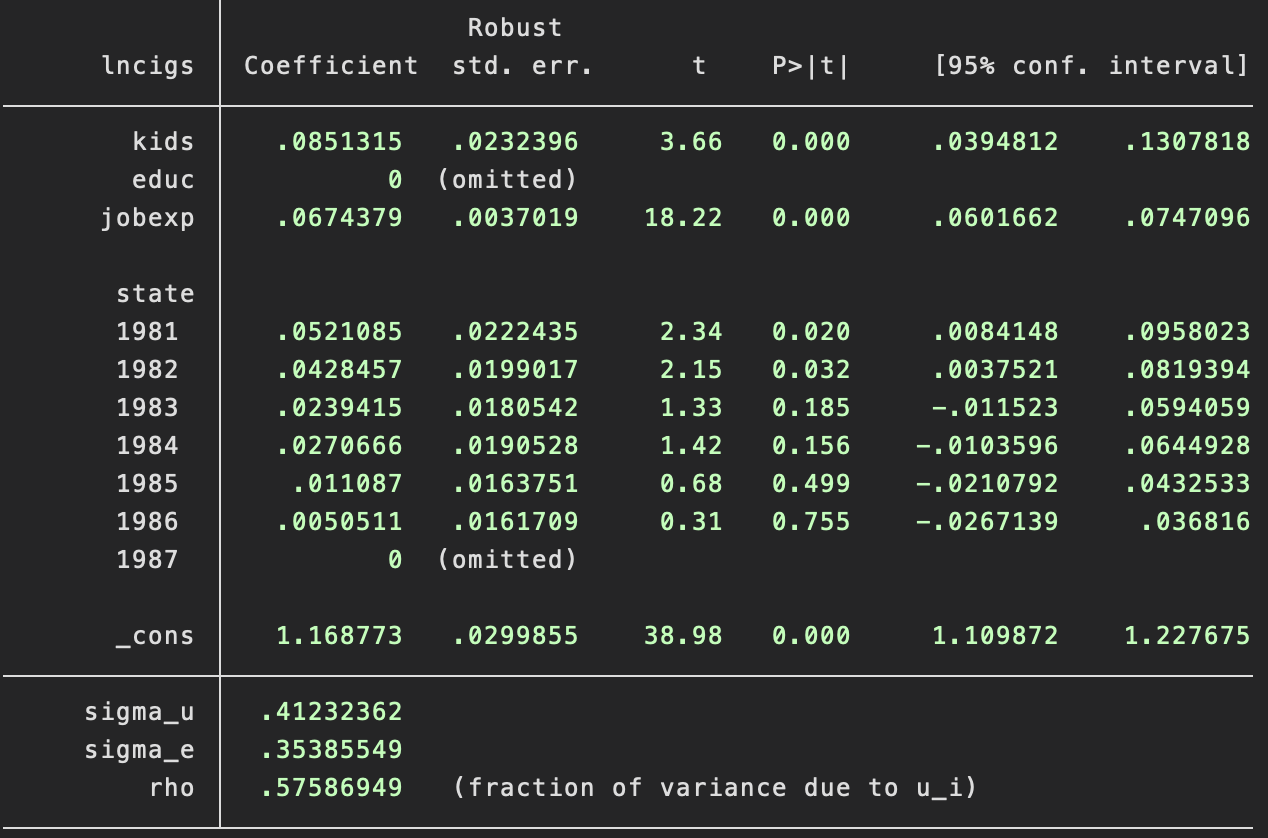 vif calculates the variance inflation factors, a common metric of multicollinearity. Usually multicollinearity is not a big deal, unless it is perfect multicollinearity. This seems to be the case here. If year ranges from 1981 to 1987, then yes, you have to drop one of the year dummies. Otherwise you would end up in the dummy variable trap. I have no idea how Stata chooses which one to drop (anybody else?), but note that you can also specify which one to drop by typing something like ib1981.state. Then the year 1981 will then be the "base category" and the other coefficients be relative to this.