What are translog preferences? The wikipedia article only clears up that it stands for transcendental logarithmic preferences, and that they are a generalization of Cobb-Douglas preferences.

Do they have special features that make it more appealing? I have never seen these being used in Macroeconomics.

The translog function can be used not only in preferences but also in production and cost functions. I am not very familiar with its implications in consumer theory, but from the production point of view, i've seen it widely used.

The Translog Function doesn't impose additivity and homogeneity, and hence Constant Elasticity of Substitution. This is interesting because it doesn't require a "smooth" substitution among the inputs (in production analysis). I guess that in consumer theory the interpretation would be similar.

Edit: i added more info to reply your comment.

I think that the other reply is more complete than mine. But i'm just going to add something i consider useful for you to have a broader understanding. I assume that you're familiar with indifference curves. I refer you to this site (from where i took the graphs), in case you're not.

An indifference curve is just a mapping of all the combinations of two (or more) goods that give you the same utility, or "make you happy at the same level". 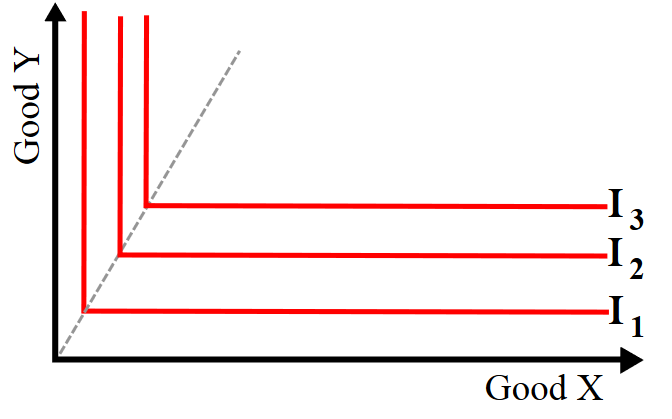 This setting is known as "complements". Because as you can see, adding one thousand units of good x (that is moving to the right), without adding good y (that is not move upwards) does not make you happier: you move along the indifference curve. Think of this as the left shoe and the right shoe. It is useless to have a thousand additional left shoes without adding a right shoe because they are perfect complements.

Now, look at this one: 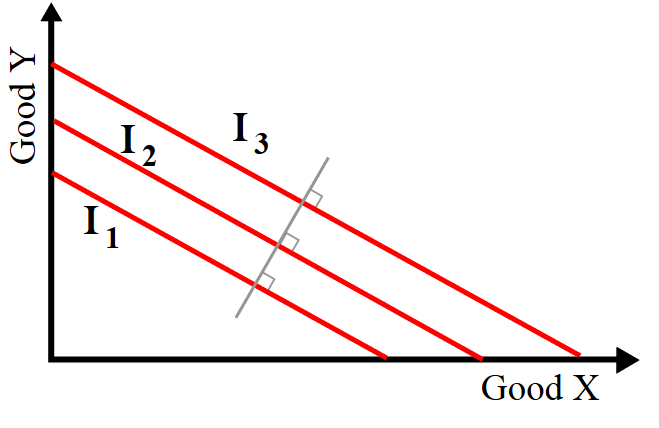 This one is called "substitutes". It's the opposite case to the complements. You can think of this as beef and chicken. You can cook using only beef, or you can substitute and cook using only chicken. But you can cook with certain combination too, say 150 grams of beef and 100 grams of chicken beccause they are perfect substitutes (Sorry, i couldn't come up with a better example but this one makes the point).

Now, this extreme cases make easier to imagine all the settings that are "in the middle". That is, two types of good that are not perfect complements neither perfect substitutes. Think of food and drinks. They can't be perfect substitutes because you can't have lots of food without drinks. The're not perfect complements either because the mix of food and drinks is not fixed. For this setting the cobb-douglas could be a nice approximation as can be seen in the next figure: 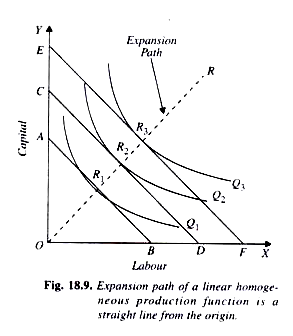 Now, the Cobb-Douglas utility function doesn't solve everything, as it imposes certain constraints by construction. For example, the line that goes from the origin through all the curves (the expansion path) is 45° and straight by construction: it cannot be changed. This means that as you get richer (even infintely rich), your preferences over this goods remains constant. The formal name is homotheticity or homothetic preferences. This is empirically false, as it has been shown that the richer you are, you use a smaller share of your income for food. With Cobb-Douglas preferences, this cannot happen. Translog preferences relaxes this assumption.

In the next figure, you have a utility map relaxing the homotheticity assumption: 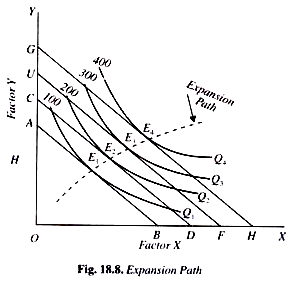 Think of this graph as good y being food and good x being entertainment. As you get richer (or farther from the origin), you will destin more of your income to entertainment.

Finally, i will talk about the Elasticity of Substitution which is known as $\sigma$ (sigma) which can be imagined as being the curvature of the indifference curve. In the Fig 1, the perfect complements $\sigma = 0$: No curvature. In the perfect substitutes, $\sigma = infinity$: straigt line. In Cobb-Douglas, $\sigma = 1$: a slight curvature. Nonetheless, as you get richer (distant to the origin), this Elasticity of substitution remain constant in the three settings. Even in the non homothetic preferences seen in Fig 4, the elasticity of substitution remains constant. These are the **Constant Elasticity of Substitution (CES)**preferences. But what if you allow the curve to have different shapes as you get richer? Look at Fig 5: 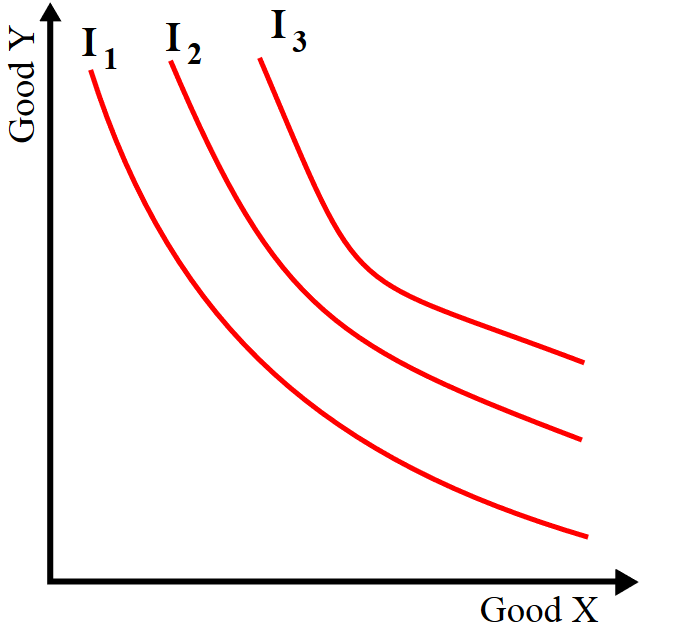 In this example, the indifference curves get less elastic every time. Hence, they are not CES preferences. The advantage of the Translog preferences is that, since you don't impose neither CES neither homotheticity, you can test this hypothesis with observed data. You can see that the Translog utility function is much less restrictive than the Cobb-Douglas preferences.

As a final remark, i shall say that it can be the case that you do not reject the hypothesis of homotheticity, CES and $\sigma = 1$ in a dataset of observed behavior. This would leave you in a Cobb-Douglas preferences setting. So, by using Translog you're not necessarily ruling out Cobb-Douglas.

the authors introduced the C.E.S function to generalize the Cobb-Douglas production function as regards the elasticity of substitution parameter, which in the C.E.S. case is not constrained to be equal to unity as is in the CD case. But it is constant throughout the input space.

introduced the "translog" specification by writing in the introduction, (bold my emphasis),

"...the class of production possibility frontiers that are homogeneous and additive....coincide with the class of frontiers with constant elasticities of substitution... For more than one product or more than two factors of production, constancy of elasticities of substitution and transformation is highly restrictive... Our approach is to represent the production frontier by functions that are quadratic in the logarithms of the quantities of inputs and outputs. These functions provide a local second-order approximation to any production frontier..."

"Our objective is to develop tests of the theory of production that do not employ additivity and homogeneity as part of the maintained hypothesis."

Note carefully that by "homogeneity" the authors clarify that they mean homogeneity of degree one (i.e. "constant returns to scale"), while properly and mathematically speaking, a homogeneous function can have any degree of homogeneity.

Also, Christensen et al. note that "additivity" in their approach is equivalent to the concept of "strong separability" in the utility context.

In a utility context the "output" is one -utility-, and in macroeconomics, the predominant approach has just one input (consumption). In such a framework there is no point in using the translog.

In the case where we want to model also leisure labor-choice, and we make the utility function, bivariate, then in the theoretical specification we predominantly use separable preferences.

Jorgenson and Lau moved to apply the translog function to a Utility context in Jorgenson, Dale W., and Lawrence J. Lau. (1975), "The structure of consumer preferences." Annals of Economic and Social Measurement, Volume 4, number 1. NBER, 1975. 49-101.

"By employing direct and indirect translog utility functions with time-varying preferences we can test additivity, homotheticity, and stationarity restrictions rather than maintaining these restrictions on preferences as part of our econometric model."

Not the answer you're looking for? Browse other questions tagged microeconomics preferences or ask your own question.

6
Consequences of hyperbolic discounting
3
Indifference curves and preferences?
2
Non-constant returns to scale and competitive factor markets
2
Are Cobb-Douglas preferences homothetic?
3
Homogeneous of Degree Two Utility Functions and Homothetic Preferences.
2
A question of deriving an industry supply curve from cobb-douglass production function
0
intuitive interpretation of the marginal return/productivity of capital being less than one
3
Preference relations defined by $x_1^n + x_2^n$ converge to $\max\{x_1, x_2\}$