Two players. Player 1 knows which game is being played, player 2 knows the game is chosen with probability $\mu$.

So for pure strategies I am finding a consistent method. Form a normal form game:

This allows us to find the pure strategy solution by using the normal form. How do we calculate the mixed strategies?

Any advice/reading is much appreciated.

game-theory bayesian-game
Share
Improve this question
asked May 26 '15 at 16:50

Here, it appears that mixing is occurring over L in game 1 (with probability $p$) and L in game 2 (with probability $q$). This interpretation does make sense. I believe that @denesp is confusing conditional and unconditional probabilities. To better understand this, I'm going to start with a discussion of actions versus strategies. Then I'll discuss how the set of strategies considered in methods 1 is included in method 2. I'll note that method 2 contains a larger strategy set, which may or may not be useful. I'll conclude with an example of how both methods can produce the same answers.

Difference between actions and strategies

In the explanation given above, it may appear that mixing is occurring over actions. This is not a correct interpretation. It is technically incorrect because the player is not mixing over actions but mixing over strategies. This is because a player chooses strategies, not actions. A strategy is a plan that denotes that actions that a player takes in any and every contingency. We can think of it as mapping information sets to actions. This is important because we would like player 1's actions to depend on the state of nature---we want them to depend on which game he/she is playing.

For reference, we can find definitions of actions and strategies in the first chapter of Rasmusen's book, Games and Information (4th edition). The relevant text is given here: 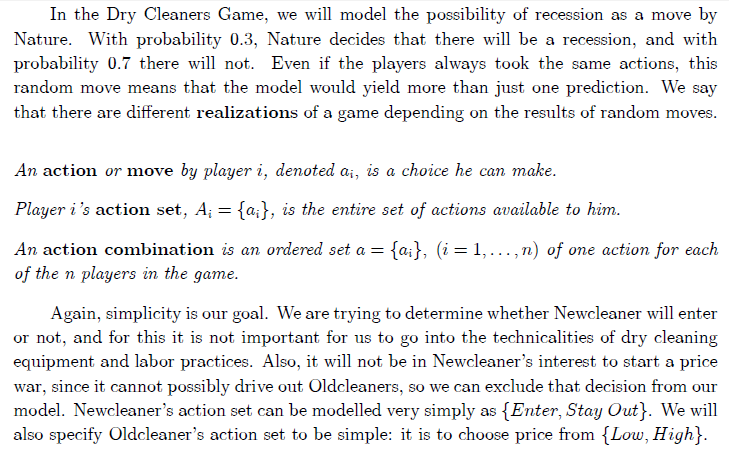 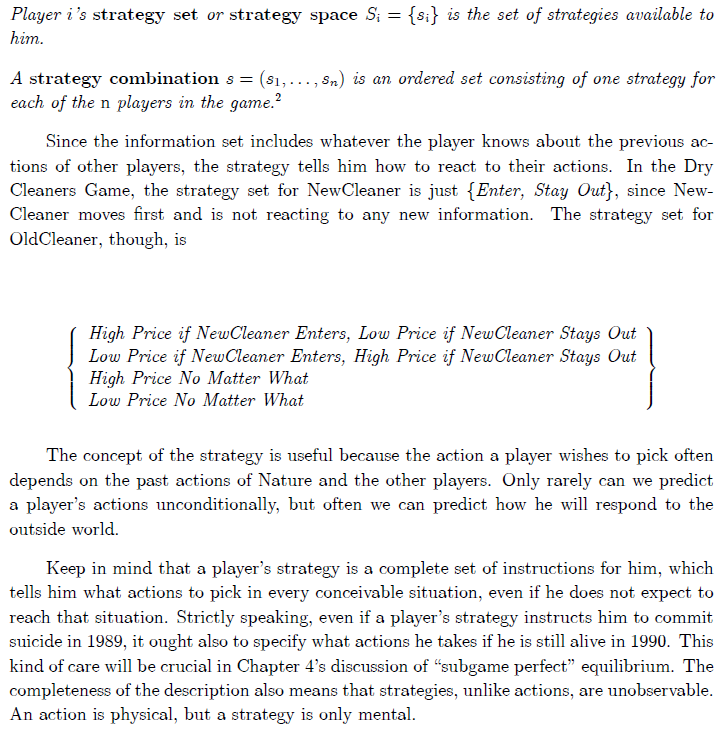 What are the sets of strategies considered in each method?

What strategies, then, are we mixing over in method 1? Suppose that $p$ is the probability of choosing L is game 1 and $q$ is the probability of choosing L in game 2. Then in method 1, we can see that we are choosing the conditional probability of taking each action in each contingency. Suppose that game 1 is denoted $G_1$ and that game 2 is denoted $G_2$. When we specify $p$ and $q$, we are really specifying $$ p=P(L|G_1)\\ q=P(L|G_2). $$ Now, in order to show that these two methods are equivalent, we need to show that the sets of strategies represented by each of these sets is the same.

Method 2 contains the same strategies as method 1, plus more.

First, note that the pure strategies LL, LR, RL, and RR can be represented in method 1 by setting $p$ and $q$ to zero or 1.

Why does method 2 contain more strategies?

Method 2 contains more strategies because it allows more flexibility to specify off-equilibrium behavior. This can end up capturing non-credible threats. Depending on which equilibrium concept you're using, you may or may not want to include these. If you're only interested in Bayesian Nash equilibria, then you want to include these. If you're interested in sub-game perfect Nash equilibria or Bayesian sequential equilibria, then you don't want them.

The following game is again take from Rasmusen's book. Suppose that in this game Smith moves first.

Then, Jones must choose among 4 strategies. In each of these strategies, he specifies his actions in each contingency. The 4 strategies are listed here and the game is represented in strategic or "normal" form. 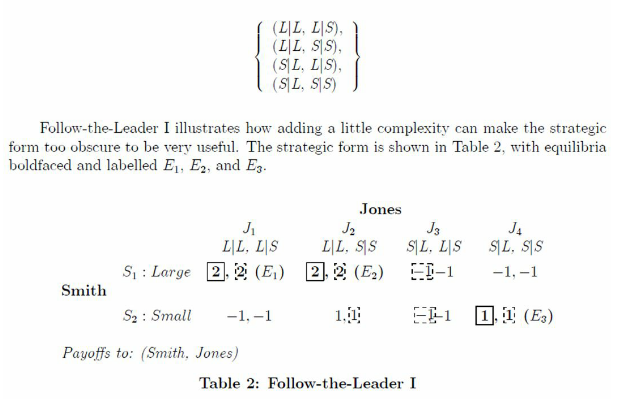 There are three equilibria, denoted $E_1$, $E_2$, and $E_3$. If we were simply interested in the Nash equilibria of this game, we would include all of these equilbria. However, if we are interested in only the subgame perfect equilibria, we would only want $E_2$. That is because $E_1$ and $E_3$ involve non-credible threats.

I believe that if we were to try to solve this game using method 1, we would not be able to identify all three of these equilibria.

In the question you've given, method 2 is essentially transforming this into a static game in which we consider all the strategies. This means that we are considering the "normal" form of the game. This method is easy and appropriate if you're interested in finding the pure strategy equilibria. It can probably also used to find the mixed strategy BNE, but is perhaps more complicated then what is described in methods 2. For reference, here are some notes on the topic. These notes give instructions on how to solve for the pure strategy Nash equilibria using the transformation that you've given. It also demonstrates how to solve the mixed strategy equilibria using method 1. (See http://www.sas.upenn.edu/~ordonez/pdfs/ECON%20201/NoteBAYES.pdf .)

You can also use this online tool to test how the methods can give you the same answers. This is a tool to solve for the Nash equilibria of n by n games. I would recommend using this tool on the examples given in the previous section. I found this tool referenced in this other question.

This answer is WRONG. I made the error of randomizing actions, not strategies. The probabilites I describe as $p$ and $q$ do not have to exist. As @jmbejara points out in his excellent answer the method I used may find the subgame perfect equilibria in a sequential game. This is not the case in this problem, so the method was definitely used incorrectly. What follows this blockquote is the incorrect answer.

Method 1 seems to be the correct one.

Not the answer you're looking for? Browse other questions tagged game-theory bayesian-game or ask your own question.