Geographic mobility of workers within Germany, as compared to within the US?

Martin Feldstein (1997, p. 36) claims that workers within the US are more geographically mobile than say within Germany. I had known that US workers were mobile. But one sentence of his seems a bit hyperbolic:

While Americans don't hesitate to move from Ohio and Massachusetts to Arizona and California, Germans are loathe to leave one part of Germany for another.

Boston to say San Francisco (about 5,000km) is about seven times the distance from Hamburg to Munich (about 700km). It would seem surprising that Americans don't hesitate to move from one end of their country to another, while Germans are loathe to do so.

Of course there are many ways this could be measured. But here is my attempt at a question that is in principle answerable:

Each year, what percentages of US and German workers relocate to a different state (within the same country) for work? Is the figure for the US greater than that for Germany?

P.S. Feldstein was writing in 1997 but I imagine the numbers do not differ very greatly between now and then--correct me if I'm wrong.

labor-economics germany
Share
Improve this question
edited May 3 '20 at 6:40

Here is a figure documenting annual (I think) internal migration rates in Germany: 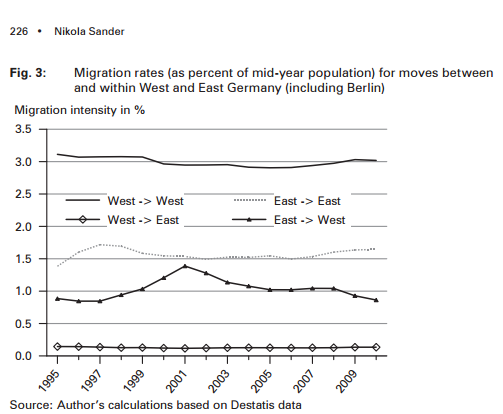 This table show 5 year migration rates in many countries, including the USA: 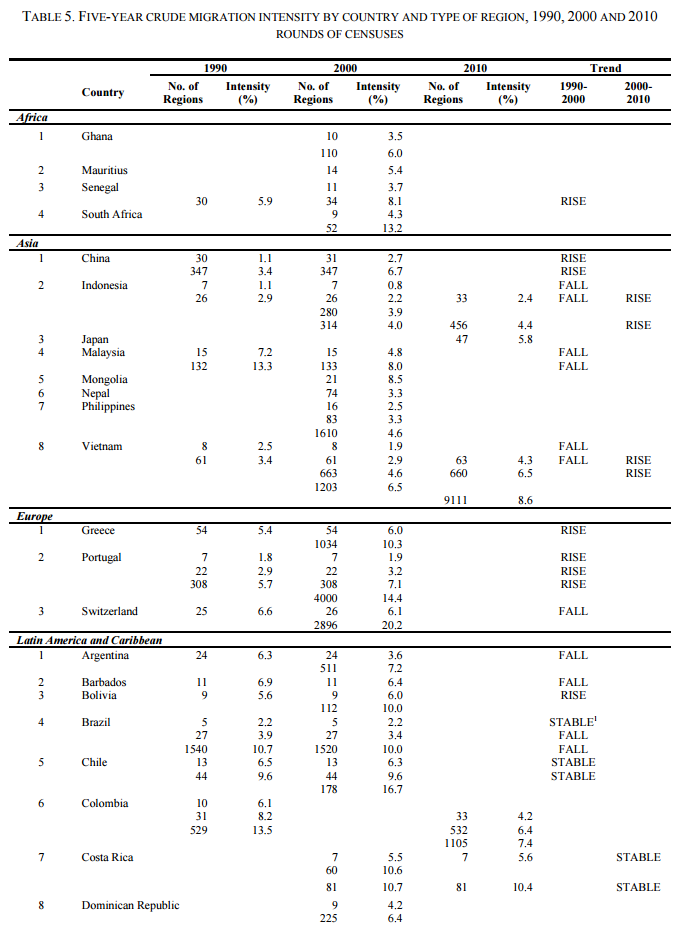 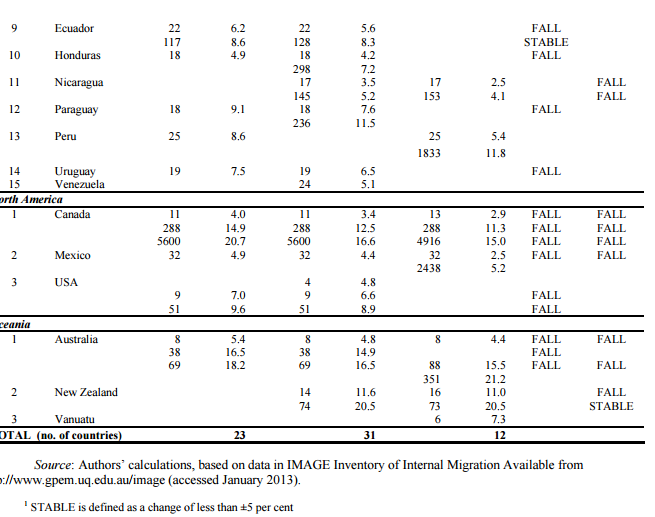 Cross-national comparisons of internal migration: An update on global patterns and trends (United Nations Department of Economic and Social Affairs (2013))

Depending on methodology, annual and 5-year rates can't exactly be compared because some people will move to another area and move back within five years, so asking people if they live in the same state as 5 years ago won't give the same result as asking someone if they lived in a different state last year for five years. That said, if we can make some rough comparisons if we treat the five year rate as roughly comparable to five times the annual rate. The USA rate is about 9 percent every 5 years or 1.8 percent per year. This would be higher (but not much higher) than the West-East, East-East, and East-West German internal migration rates but quite a bit lower than the internal migration rate within West Germany. It might be that this converts the 5-year rates to annual ones that are too low, but the sizes seem roughly comparable. This is just two sources but they provide little or no evidence for Feldstein's claim that the German rates are far lower than in the US.

4
Which foreign workers in USA who send remittances to family are getting the best bang for their buck?
2
Value added by workers
5
If Germany is the largest exporter, why do Chinese products pervade the the US market?
1
Theoretical/Empirical Arguments for Migrant Workers in the US
0
Does labor mobility create a certain type of market failure?
0
Economics perspective of connected workers