Literature Request: how does the house quality distribution change endogenously over time?

A paper of interest but it is mostly about trend changes in quality and not business cycle fluctuations:

This paper employs a new national data set to estimate constant quality dwelling prices for four regions of the country. The data set, collected by the National Association of Realtors, provides sale prices, locations, and characteristics of 5581 dwellings sold during the years 1986–1992 inclusive. The paper provides the first national hedonic analysis based upon transaction prices of sample dwellings. The estimated equation implies that more than half of dwelling price increases during the period resulted from quality improvements in dwellings.

Because housing is a long lived asset and it is somewhat unusual to significantly change the size of a house after it is built we could explore your question with the quantity and quality of new housing, assuming existing housing is largely unchanged. The US Census's New Residential Construction Survey has rich information about new housing. For example, on Characteristics of New Single-Family Houses Sold one can see many attributes of new houses including size, bedrooms, bathrooms, number sold, and much more. The Median and Average Square Feet of Floor Area in New Single-Family Houses Sold by Location table goes back annually to 1978. So you could compare it with RGDP per capita to get an idea of how this varies with wages. 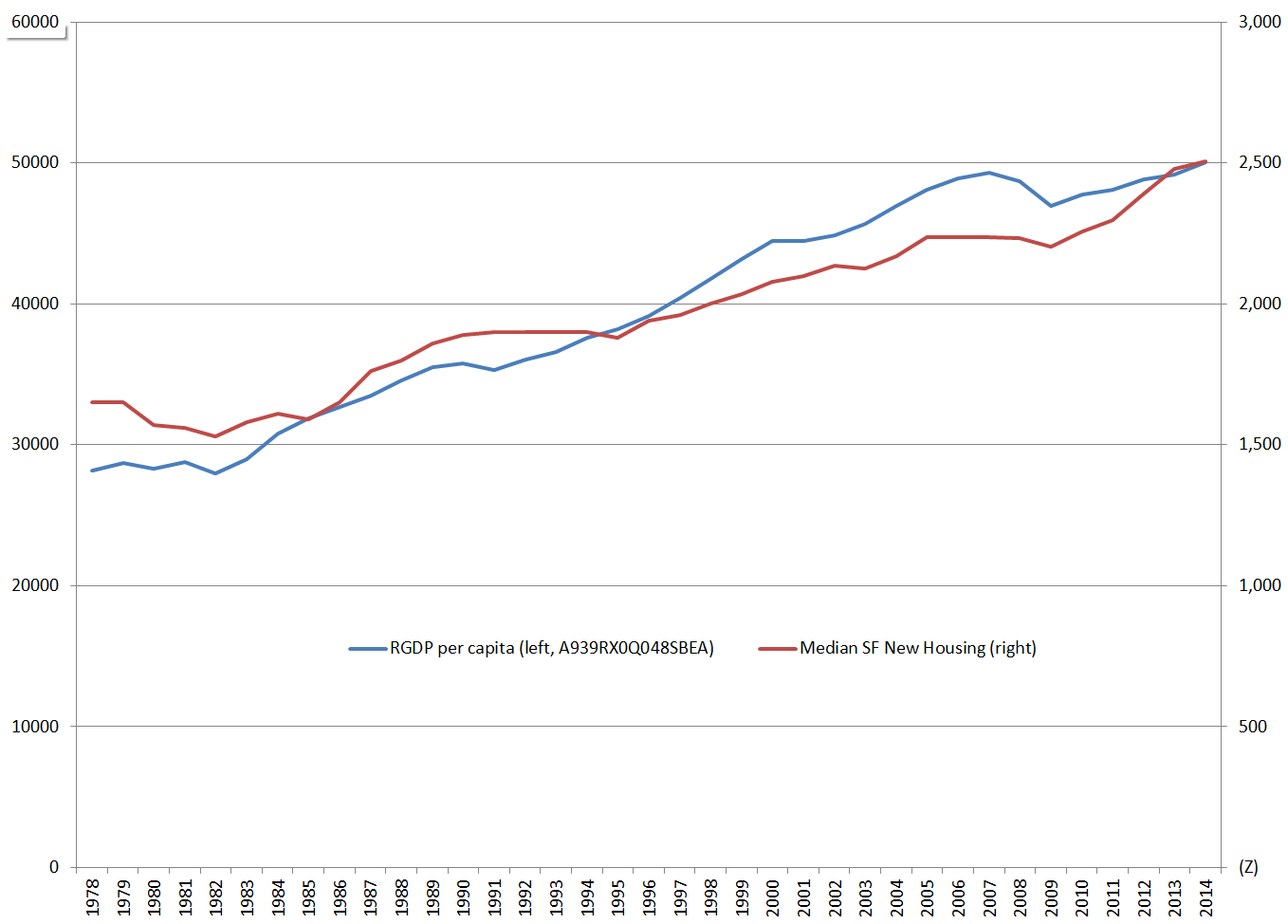 9
Can Dynare solve general equilibrium (GE) models with non-convex adjustment costs?
7
Literature on factors affecting number of houses built
10
Has the assumption that individuals' tastes do not change over time been rigorously challenged?
4
Endogenous Gentrification and Rates of Return to Education
1
Literature request: Any articles on the signalling theory / game theory / asymmetric information of the firms' recruiting process?
1
Why would a politician sollicit foreign investors to come and buy real estate?
17
How does everyone not become poor over time?
6
How could real house prices tend to rise in the long-term?