With interest rates and inflation in the U.S. low and growth moderate, where is the money going?

Question is basically in the title. With interest rates so low for such a long period of time, I wonder where are that injected cash has gone?

I realize that the economy has definetly grown quite consistently for years now, but the middling growth and simulatenous near-zero interest rates would seem to indicate that the economic climate is so bad in the country that we basically have to ignite a nuclear bomb to boil a pot of water.

Is that the case? It doesn't seem so, and it seems worrying that maybe this cash from monetary policy is somehow disappearing into thin air as we create it or disappearing somewhere problematic

The money is not going anywhere. In fact, it never even "left the building". The banks simply increased their reserve balances with the Federal Reserve, mainly because the Fed began paying interest on reserves in October 2008. 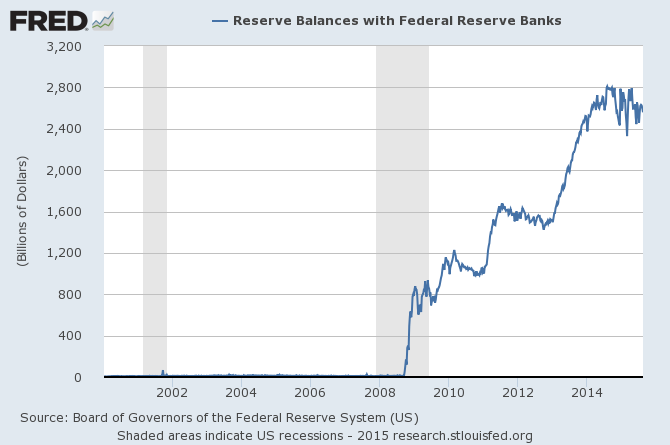 Not the answer you're looking for? Browse other questions tagged gdp inflation interest-rate or ask your own question.