How does Marginal rate of substitution change?

If you are at a point $(x,y)$ where your $MRS(x,y)=3z$, and you later exchange goods to be at point $(x-a,y+b)$, where your $MRS(x-a,y+b)=z$, can you conclude that you are one the same indifference cure, different one, or is there no conclusion possible?

I don't think any conclusion is possible without more detail, but if we make a few assumptions we can see where they lead us.

Given these assumptions (which I think are fairly reasonable, although I'd want to see them explicitly stated if this was a formal question) then the answer should be that the post-exchange indifference curve is different from the earlier one.

Given that $a$ and $b$ are greater than zero, we know that the consumer has lost some of the first good and gained some of the second. Examining all possibilities they could be in one of three positions relative to their original indifference curve:

Neither Case 2 nor Case 3 are plausible. We know that the slope of the new curve at $(x-a, y+b)$ is three times shallower than the that of the original curve at $(x, y)$. The assumptions of convexity and monotonicity require that the original indifference curve become steeper as it approaches the y-axis. See below for a colourfully-amateurish representation. 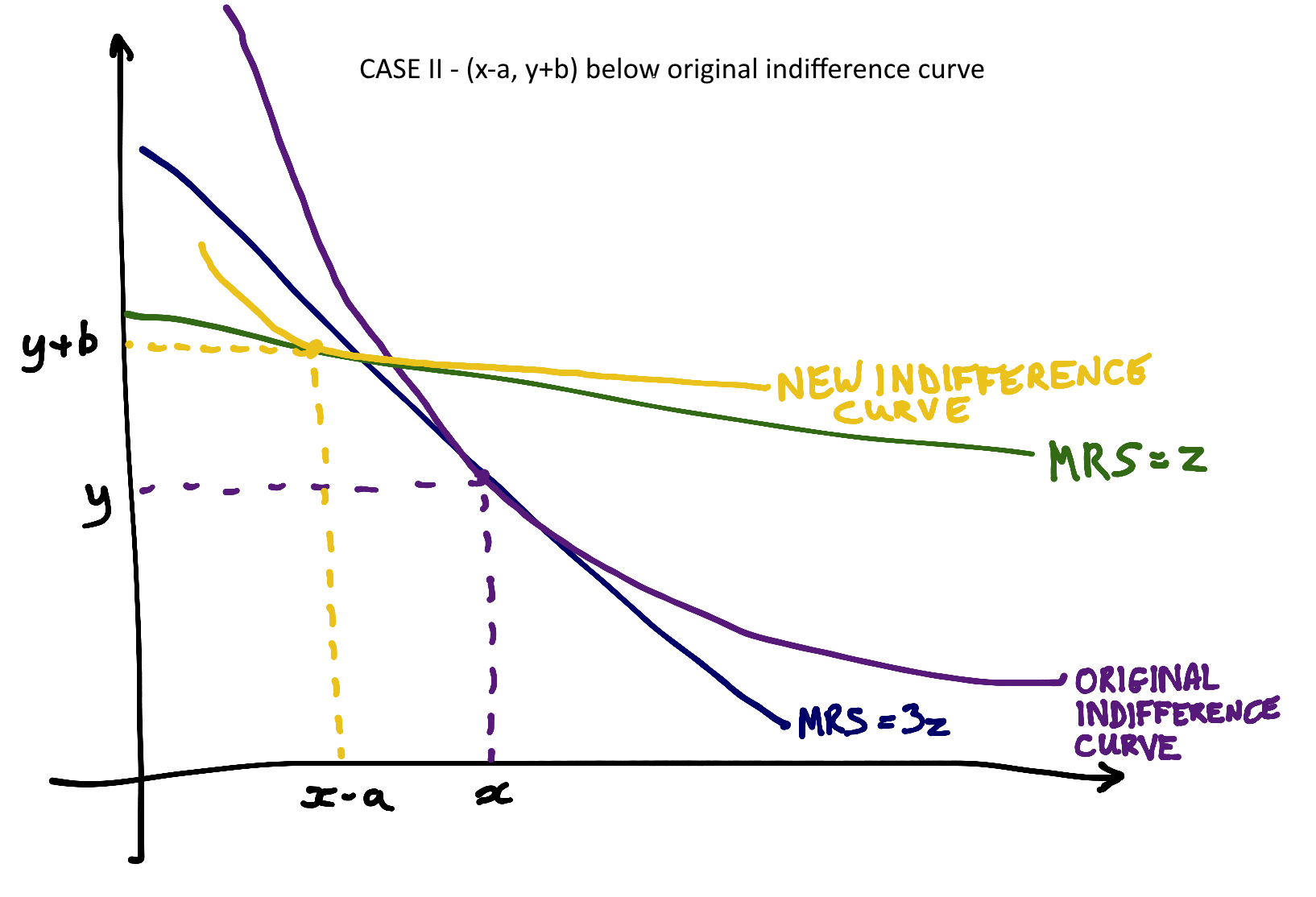 That leaves us with Case 1 as the sole possibility, which means that $(x-a, y+b)$ must be on a new indifference curve as per the illustration below. 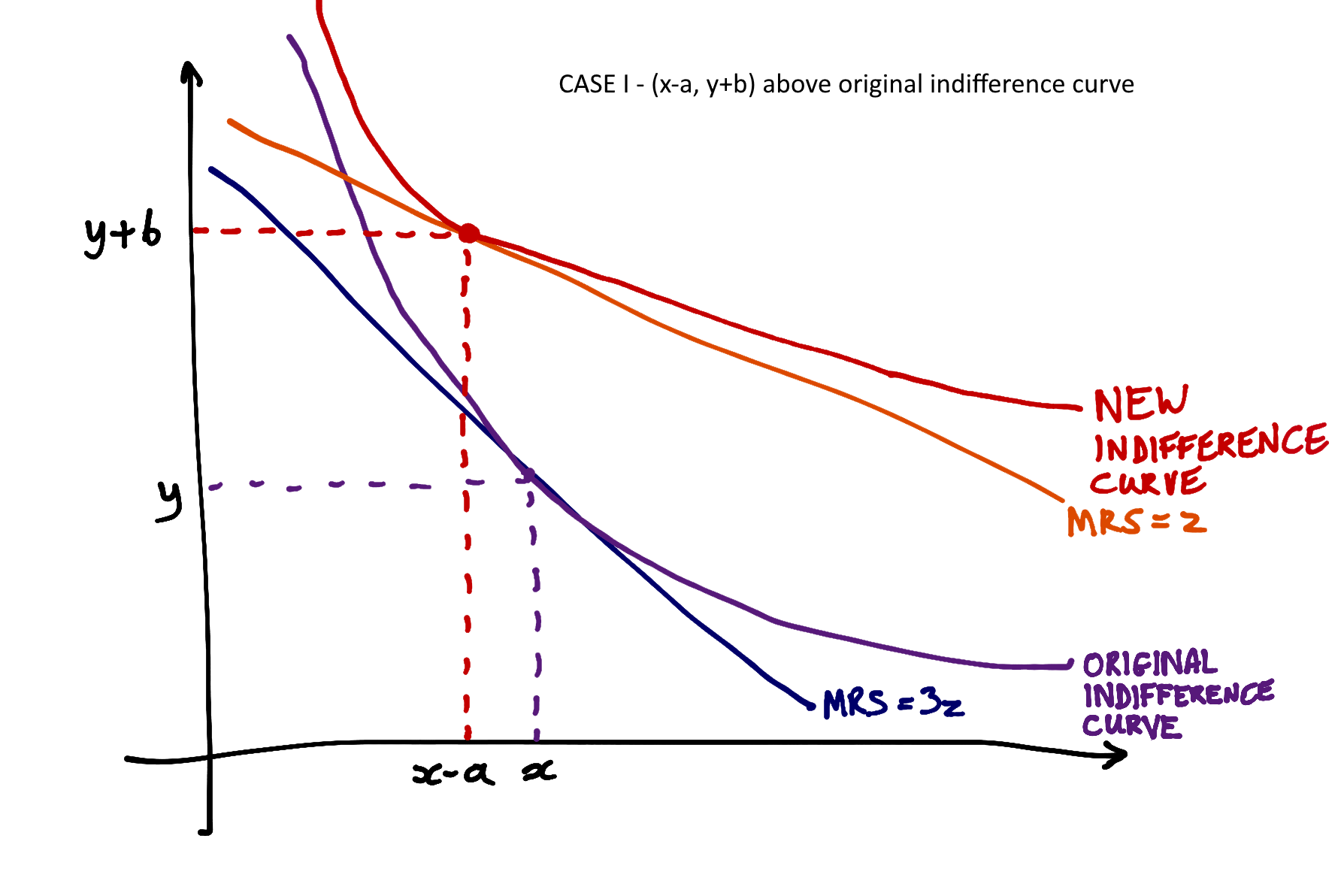