ln(log) of energy consumption in a econometric analysis

Note: Kg of oil equivalent per capita is used to measure energy consumption. 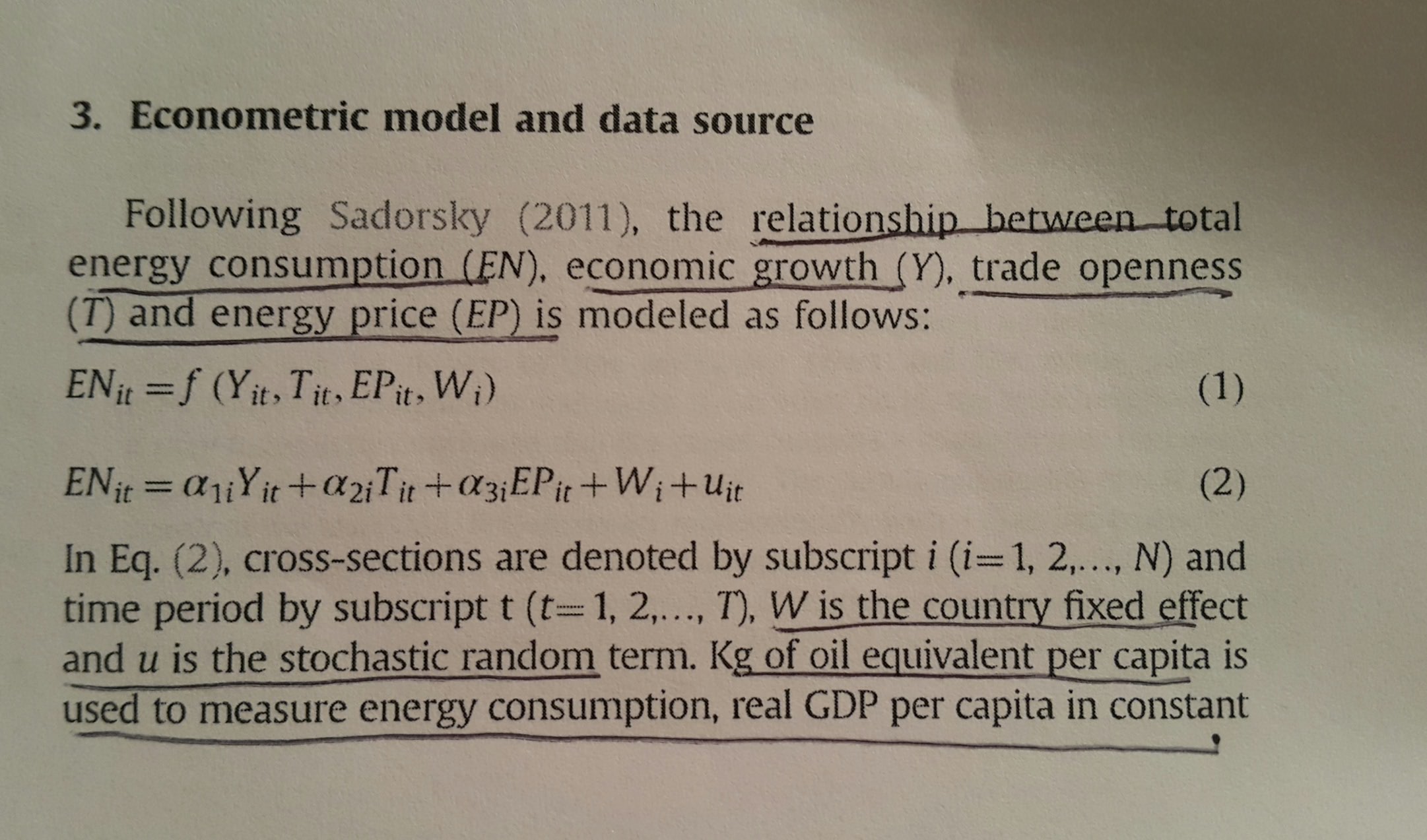 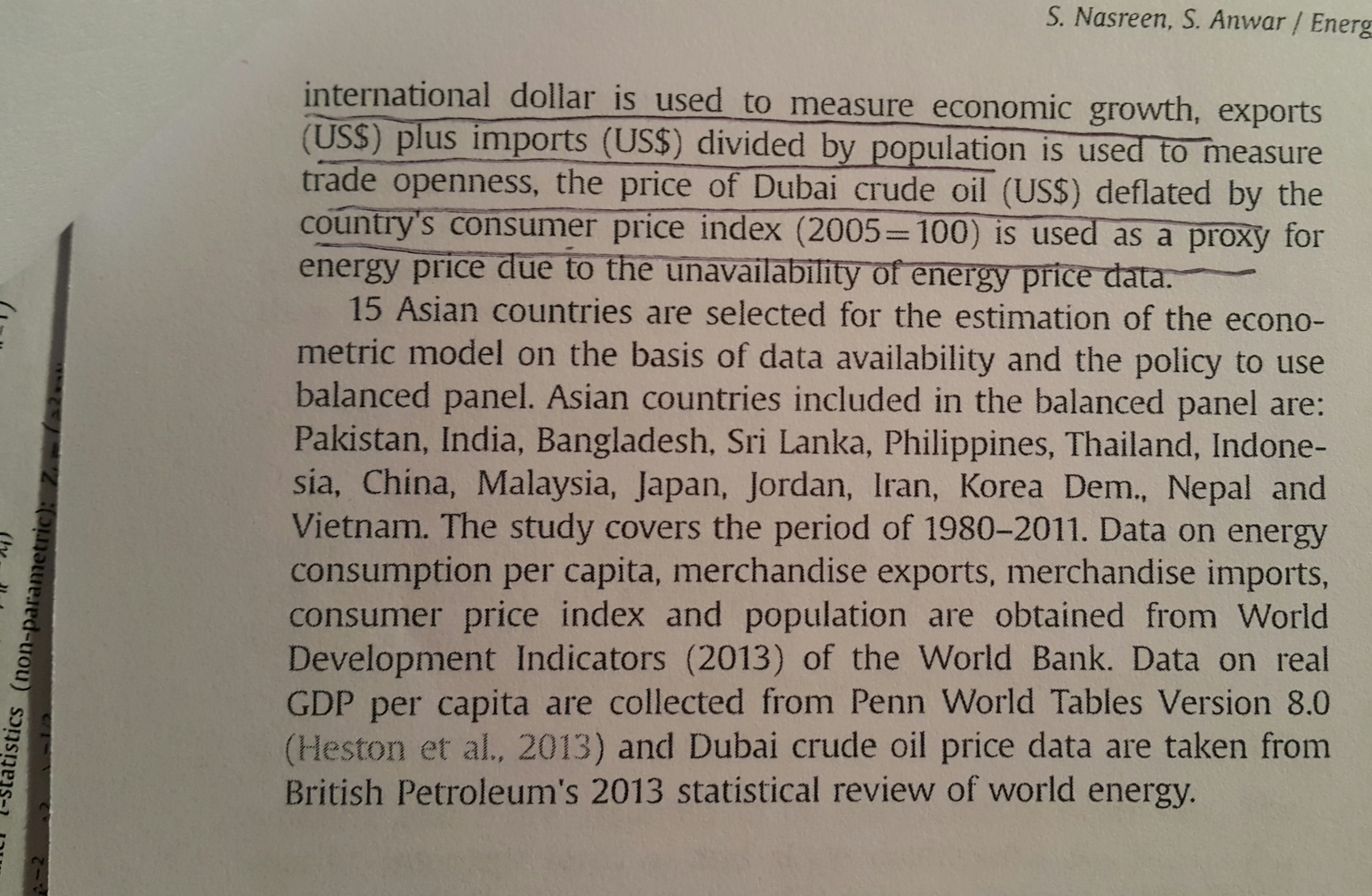 I see two problems: Is "Energy Price" the "price per Kgr" -because usually oil prices are not quoted per Kilogram. But it should expressed here "per Kgr" so as to stand for the price of the dependent variable.

If it does, it is only natural to consider the logarithms of the variables, dependent variable included.

But one more thing that needs clarification is what $Y$ stands for. The authors write "$Y$(economic growth)". If this is the case then for this variable you don't just take the logarithm of real GDP but the first-difference of the logarithm (which approximates the rate of growth).

Not the answer you're looking for? Browse other questions tagged macroeconomics econometrics time-series self-study paneldata or ask your own question.

6
Comparative Methods of Econometric Analysis
3
The Oil hike of the 2000's: Did it go unnoticed, and why?
6
Omitted variables in gravity model
0
using LOG in a econometric model
0
Fixed Effects Estimation and Inconsistency
0
Which econometric model should I use?
1
Interpretation of regression output for different models