Interpretation of ACF and PACF

First, I am a French student, so forgive me for my English which can be not clear at all. 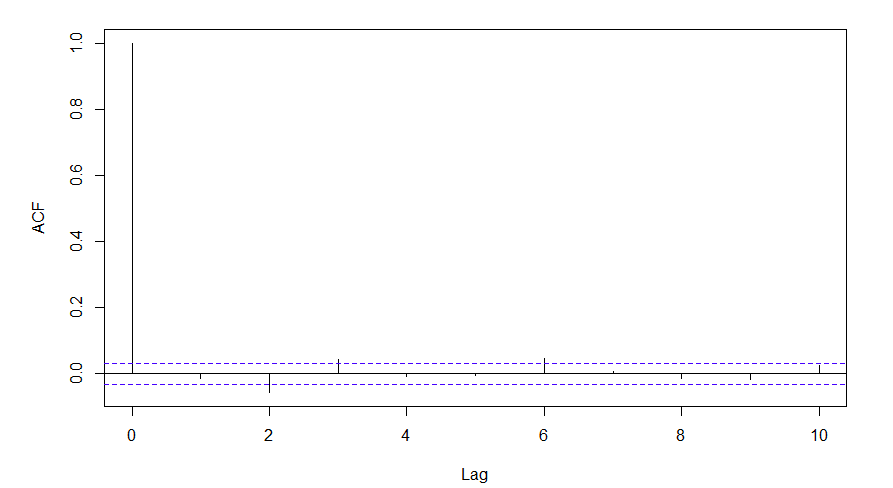 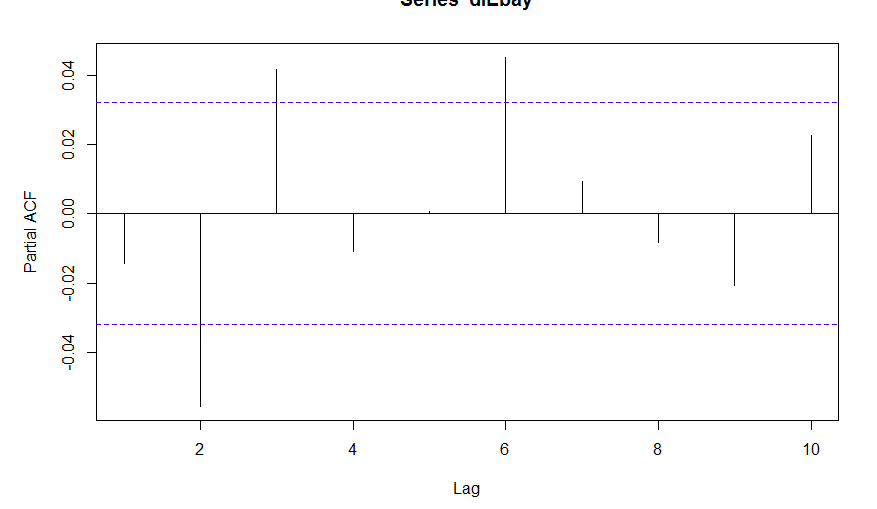 And I don't know also with the PACF graph, if we are in a AR(3) or AR(6). And why the first stick is not over the "confidence level" ?

It is possible that my interpretations are false, please tell me.

In some statistical software (not all), in a correlogram the "zero lag" is also depicted - but the zero lag is just the correlation of a random variable with its own self, so it is by construction equal to unity. This appears to be happening in your first graph where the autocorrelation function is calculated.

The second graph is the partial autocorrelation function which calculates the correlation coefficients after the effect of all "previous" lags (i.e. of lower order) has been removed (by linear projection estimation).

First impression? The process is white noise. What lags appear to exceed the "statistical significance threshold", they nevertheless indicate very small values, never greater than $0.05$. This is truly economically negligible correlation even if it exists (irrespective of whether it is "statistically significant"), and most likely is due to "finite-sample variation", rather than indication of any actual relation.

And apart from that, do the lags appearing "significant" make sense? It always matters what the process you are examining is, and what is its "typical properties" based on past scientific work (but don't take this to mean that "past typical properties" always carry over to all the realizations of the process).

In any case, it would be instructive to "follow blindly" the Correlograms and see what you get, by trying various combinations based on the lags that appear statistically significant.

Not the answer you're looking for? Browse other questions tagged econometrics financial-economics applied-econometrics or ask your own question.