Does the general price level show the aggregate of all goods & services demanded or supplied at a certain price or does it show something else entirely?

My knowledge of economics is still very much in its infancy, so only plain language in answers please!

General price level is defined by the price that you pay for a basket of goods. This basket of goods is decided on the basis of general consumption patterns in the economy and includes a number of sectors (with a number of items) like food, transport, medical care, etc. Such baskets can be defined differently to arrive at different measures of general price levels such as the one faced by end consumers or wholesale buyers.

In a nutshell, it gives an idea of how the prices in the economy are moving. So, price of a good A might increase while price of good B might decrease but it may so happen that the general price level may increase or decrease depending upon the defined basket and the weights assigned to the items in basket.

There are two ways to measure inflation within an economy. The Consumer Price Index, and the GDP deflator.

These methods give different values. CPI is a better measure for how inflation effects consumers assuming the bundle basket of goods is what is assumed the average consumer consumes and GDP deflator is a better measure of how inflation affects the overall economy and industry since it applies to all goods that are produced and not a somewhat arbitrary bundle basket of goods.

Despite the differences they both are highly correlated with eachother and provide a decent measure of inflation over time as you can see by this graph: 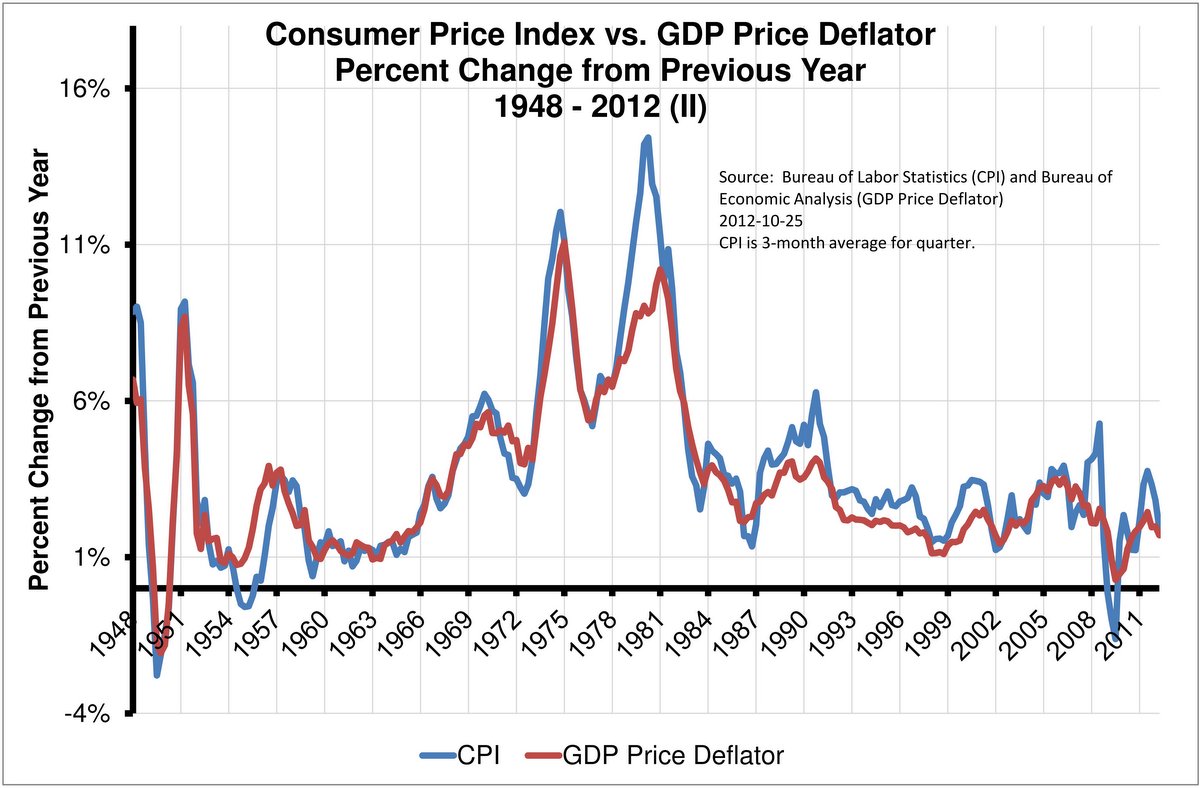 2
Why can't price level be negatively correlated with money demand?
2
question about derivatives and net exposure
1
Will SRAS curve definitely shift if LRAS curve shifts?
2
How does inflation work in real life?
1
Theoretical/Empirical Arguments for Migrant Workers in the US
5
A question about savings and investments
3
What actually is aggregate demand?
0
New Keynesian IS curve: question about time dependence
1
A Simple Question about Labor Capital Ratios