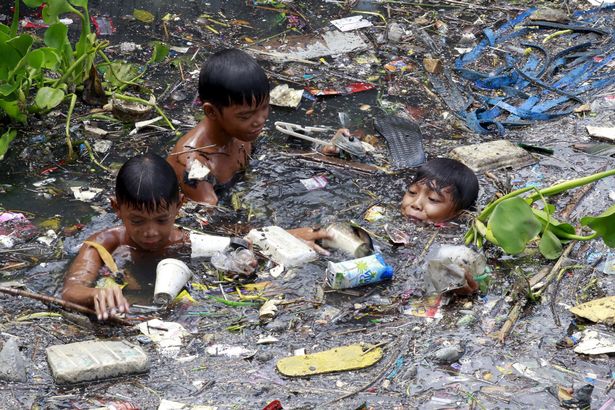 In a moving discourse on the character of poverty at the 2001 Plenary Meeting of the Pontifical Academy of Social Sciences, Vatican, Justice Nicholas McNally of Zimbabwe urged us all to see poverty as a sense of fatalism to ever-increasing economic hardships in a changing, and elsewhere an often progressive, world. At that same meeting, the political scientist Wilfrido Villacorta suggested that the term ‘poor’ when applied to countries is perhaps no longer useful; that countries ought perhaps now to be classified in accordance with some such term as ‘progressive’, so that we may ask if they have the institutions, policies, and civic attitudes in place to enable people to improve their lot. Perhaps the best Becky’s world can do for Desta’s is to offer financial and technical assistance so as to promote and support local enterprises – including those

involving education and primary health care – that people there are all too keen to create even as they see from a distance how people elsewhere have been able to improve their conditions of living. And perhaps the best Desta’s world can do for Becky’s is to alert it to the enormous stresses economic growth there has put on Nature. There is, alas, no magic potion for bringing about economic progress in either world. [I bolded]

The considerations I have just outlined can’t on their own explain the persistence and magnitude of household inequalities in the poor world. In a notable article, the demographer Pravin Visaria observed that the female–male ratio in India had shown a decline since the Indian Census of 1901; worse, it has been considerably less than 1. According to the most recent census, there are 93 women to every 100 men in India. In the rich world today, the ratio is 106 to 100. In answering a question the epidemiologist Lincoln Chen posed in response to Visaria’s finding, namely, ‘Where have the women gone?’, he and his collaborators collected gender-based mortality and anthropometric statistics from villages in the Indian sub-continent and discovered male bias in the allocation of food and health care in poor households. The suspicion is that parents not only practise female infanticide, but also withhold postnatal health care so as to reduce the number of girls in the household. [I bolded]

Inadequate childhood nutrition, lack of learning stimulus and sub-par schools (frequently found in poor neighbourhoods) restrict the development of poor children, diminishing their future prospects. Parents may have some control over how much nutrition and learning stimulus their children get – and some poor parents, to their credit, make great efforts and provide more of those things than do other parents in similar situations – but there is a limit to what they can do. They are by definition under great financial stress. Many of them are totally exhausted from juggling two or three insecure jobs. And most of them had a poor childhood and poor education themselves.

Because making that recommendation is unpopular, and the bulk of society does not seem ready to have a serious discussion about it. And at an individual level, nobody who wants to have children will change his or her mind solely on grounds of what economists suggest would be best for society.

Governments could certainly make a much better effort to avoid overpopulation, although that would entail striking much of the outdated and populist welfare mentality. In the U.S., many women living in poverty --with no studies and no job-- bear multiple children (in some cases, each impregnation being effected by a different man), and yet these biological parents are given no ultimatum from the welfare system. If further welfare benefits were conditioned on --say-- sterilization, "Human Rights" activists would make a huge scandal. To a greater or lesser extent, systemic deficiencies of that sort also exist in Africa and Europe.

Instead of voluntary childlessness, I think a more realistic, more embraceable option is to postpone childbearing. The era where the next generation was needed for helping --say-- in the farm is long gone. Now the ongoing increase of life expectancy and of automation require[s] people to enhance their skills set. The latter is much harder to attain if the young adult is already immersed in parenting obligations.

For those who still crave children, why isn't adoption recommended?

I personally do not see it viable, but any elaboration in this regard is too susceptible to misinterpretations and requires weighing a multitude of factors. I will only point out that adoption does not address one root cause of the problem: That the system largely fails (or hopefully not so much now and I am just unaware of it) to prevent multiple unplanned pregnancies among individuals with high reproductive rates and living in extreme poverty.

Despite the initial shock value provided for the question, and the high possibility for this question to become heated, political, or otherwise delve into an off-topic conversation, I will do my best to provide an answer to this question.

Voluntary childlessness would be a functionally ineffective suggestion. This is not only too vague a suggestion to be widely useful or create policy for, but there are better focuses for economists to study in order to fight poverty.

If adults are practicing female infanticide for cultural or economic reasons, would these adults seriously consider simply not having children if you ask them? If adults are withholding post-natal care in particular circumstances, then how is this an economic failure rather than a moral one? If we are focusing on the family unit, and argue that every family has its own smaller market economy in who provides what sort of labor for the family, then shouldn't we argue that each family economy should be informed on how to make better choices, and be restricted from making unethical choices such as murder?

In some cases, maybe a family might consider not having kids if they can't support them. The consideration for whether someone will have a reasonable quality of life of course is subjective. In some parts of America there is extreme poverty, same as there is in India or China or many other countries. Yet happiness or "utility" has always been a subjective experience, and families continue to have children in these conditions.

"There is considerable empirical evidence that even as people in many parts of the world have become richer, with much more income to spend in real terms than ever before, they have not felt particularly happier than before.1 "

As with all things this may not be universally true. Some studies find suicide rates are not sensitive to income or unemployment. 2 But what is a bad living standard for some is not an insurmountable living standard for others. Is it wrong for people to bring children into the world where they must overcome suffering? Answering this question requires imposing a hard standard for what standard of living is a basic right, which frankly, is not the intellectual right of economists over everyday people.

Responsible economists, if looking at this issue, would rather prevent the miniature market failures within the family unit. Sometimes, trying to make policy that greatly restricts choice at the small scale would be impractical, or too prohibitive to be ethical, as economists generally like to allow for individual freedoms. So economists tend to look at broader policy through taxes or social welfare programs to combat poverty. One thing that is clear is that to prevent the most egregious consequences of poverty, there must be a way to hold those accountable who commit atrocities such as female infanticide or other such actions.

"It was mentioned in the last chapter that no major famine has ever occurred in a functioning democracy with regular elections, opposition parties, basic freedom of speech and a relatively free media (even when the country is so poor and in a seriously adverse food situation)....Despite China's greater economic success than India's in many economic fields, China - unlike independent India - did have a huge famine, indeed the largest famine in recorded history, in 1958-61, with a mortality count estimated at close to 30 million. Though the famine raged for three years, the government was not pressed to change its disastrous policies3"

If transparency and public accountability are required to prevent and act on national tragedies that greatly reduce welfare, then on the smaller scale, the culture within a community is what will determine whether poverty or crises of resources will be answered with some sort of aid or assistance, or whether they will be answered with more drastic measures.

One cannot ignore in this conversation that many modern economies actively encourage population growth. As mentioned above in the comments, some places like Communist China had a one-child policy to restrict population growth. That policy has been repealed in the face of the changing demographics that China is undergoing, where there will be a much larger proportion of older people who live longer. The one child policy was a contrived way of dealing with issues like food shortages. Because the government tried to completely control markets, they created weird market failures and dealt with them in ways that were clearly detrimental.

Does this mean policies such as giving tax breaks to those who marry or giving welfare based on household size are bad policies? Is there moral hazard in subsidizing child creation in some sense? First off, why do these policies exist? An economy can grow both with the creation of technology, and the creation of capital and labor which pair together at some "efficient" ratio, depending on the market. To perhaps oversimplify, growing labor is one of the ways of growing an economy and trying to keep it productive and competitive with other countries.

Thus, economists should study how welfare programs for families affect the incentives families have for working or having children, etc. Which they already do. A cursory search of the literature:

At the end of the day, economists are not concerned necessarily with changing the minds of individual family members and encouraging them to not have children. A family may not even find this "optimal", as children are a source of not just future support into old age, but of companionship in a harsh world (and other non-pecuniary incentives). Energy is better directed at guiding the hand of government towards policy that can effectively alleviate poverty and increase the welfare of society as a whole.

3
Why is it that poverty incidence is high in the agricultural sector?
1
Why are capital gains not counted in a poverty status calculation?
2
Does development aid, negatively effect the development of developing countries?