How often do banks borrow from the Federal Reserve?

Though I've seen plenty of articles talk about in what circumstances banks borrow from the Fed, I haven't seen any quantification on that note. On average, what percent of the money that banks lend out is money from the Fed? Alternatively, how much money is borrowed from the Fed every year and how quickly is that money generally paid back?

When banks borrow from the Federal Reserve they can do so through the discount windows:

The FRB has published discount window lending activity since 2010. Though this data is published with a two year lag, it may be of use. You can download that data at from their website at the link above.

There is price discrimination at the window:

It is somewhat rare to use the window. There are about 8,000 banks in the United States and about four to five hundred banks use the window in a typical quarter (according to that data). 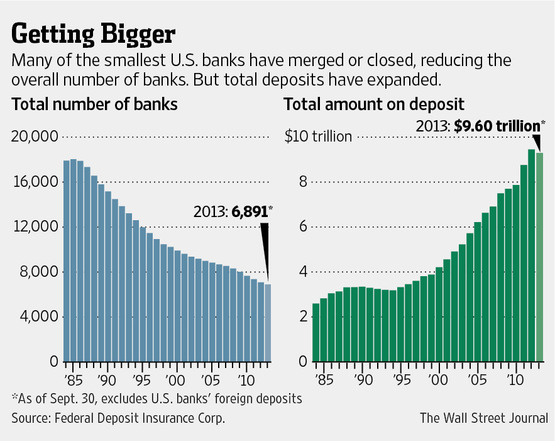 The amounts borrowed are very small. The largest amount borrowed was about 47 million in the latest report. It was borrowed by First National Bank and Trust of Rochelle, a bank with 270 million in assets, so those window loans amount to 18 percent of assets.

But that is not representative of most banks. The second heaviest borrowing bank on the list is Xenith Bank which borrowed less than two percent of assets. More generally, there is stigma for discount window lending. The overall stigma is that since only those frozen out of capital markets use the window, users of the window must be in serious trouble. As shown above, 90 percent or more of banks don't use it in a given quarter.

Not the answer you're looking for? Browse other questions tagged banking federal-reserve or ask your own question.

3
Does the current situation of excess reserve imply failure of QE?
4
Federal Reserve Open Market Operations
1
Federal Reserve Securities Coming Due
1
In quantitative tightening do banks have no choice in refusing to buy bonds from Central Banks (mainly Federal Reserve)
4
How does the federal funds rate compare to the federal discount rate?
2
How the Federal Reserve Manages Money Supply
1
How much money is, on average, "on loan" from the Fed?